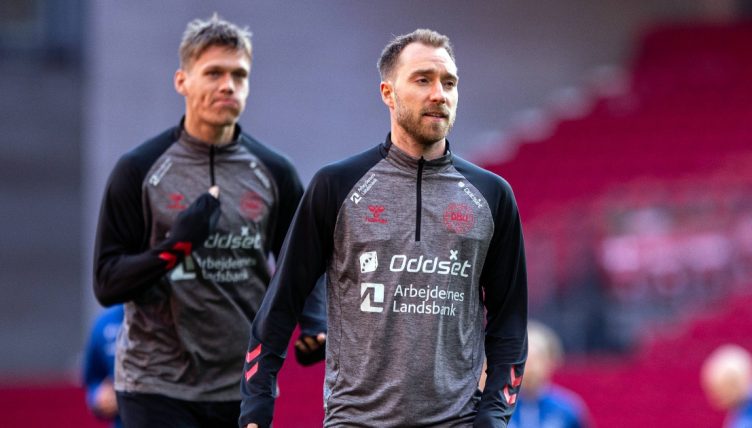 Christian Eriksen marked his return to the scene of his cardiac arrest last summer by scoring a sensational long-range strike in Denmark’s 3-0 friendly victory over Serbia.

The Brentford playmaker has made a remarkable recovery after he collapsed on the pitch in Copenhagen during the European Championships last summer.

He’s since signed for Brentford and helped turn their form around in their battle against relegation – and scored with his first touch for Denmark since the shocking episode last summer in a friendly against the Netherlands last week.

Eriksen said that he “died for five minutes” – so it’s something of a miracle that he’s been able to return to captain his country back at the Parken Stadium in the Danish capital.

He’s been fitted with an implanted cardioverter-defibrillator (ICD) – a type of pacemaker – to allow him to continue playing, although regulations in Italy meant he had to leave Serie A champions Inter.

Not only was Eriksen captain, but he’s shown that he’s not lost any of his special ability after nearly a year out. He scored Denmark’s third goal against Serbia with a wonderful long-range striker – the kind Tottenham and Denmark fans are used to.

“Christian will be captain tomorrow,” announced Denmark boss Kasper Hjulmand ahead of the friendly, via the Leicester Mercury.

“And to that I can also say that before I started thinking about it, it was Kasper Schmeichel who came to me.

“Simon, Kasper and Christian are three different people, but with fantastic leadership qualities. And one of the things that characterises good leadership is that you are generous and want the best for each other.”