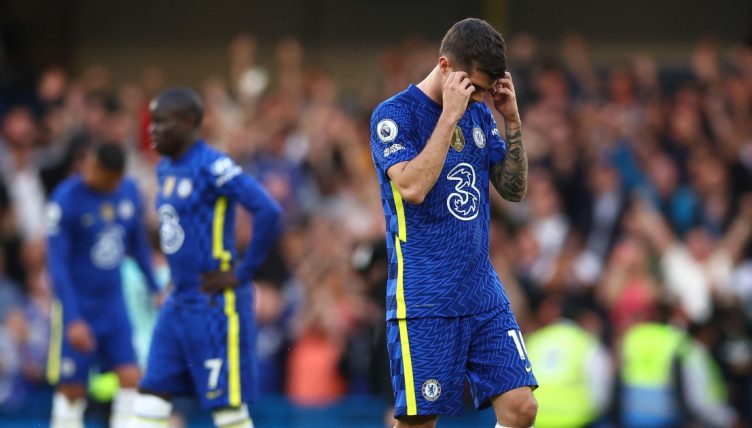 Christian Pulisic hasn’t had the easiest season at Chelsea and he won’t want to see this astonishing miss against Leicester City any time soon.

Pulisic joined Chelsea from Borussia Dortmund in 2019 and was widely acknowledged to be one of the finest young players in world football.

But the USMNT international has struggled at times during the 2021-22 campaign and there’s been talk of a move away from Stamford Bridge this summer.

Having started less than half of Chelsea’s league matches this season, his father took to Twitter and said: “The sad thing is he loves this club, teammates, and London.

“Puts his heart and soul into being a pro. Onwards and upwards my boy … big six months ahead.”

But Thomas Tuchel was adamant that the 23-year-old had not shown any sign of discontent.

‘I am not concerned if a father does not say that the player does not love me!’ Tuchel said before their home game against Wolves in May 2022.

“I haven’t experienced the same reaction from Christian lately, it was actually the opposite, very strong, very positive in the last weeks.

“He had a fantastic training week. Between me and Christian there is zero problem.”

Whatever the future holds for Pulisic, there can be little excuse for a jaw-dropping miss during Thursday’s match against Leicester City.

Romelu Lukaku looked to have served up a goal on a silver platter but Pulisic somehow skewed his shot wide when it looked much easier to score.

Not one for the highlights reel…