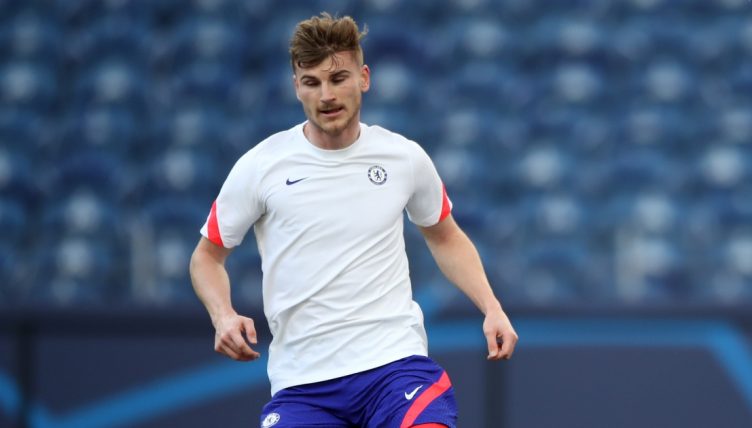 Chelsea clashed with Manchester City in the third all-English Champions League final on Saturday night, and Timo Werner passed up a perfect early chance for the Blues.

City no doubt came into the match as favourites but with Chelsea already lifting Europe’s most coveted prize, they will have had every faith in their own abilities.

Pep Guardiola threw a curveball the way of his counterpart when the line-ups were announced, with neither Fernandinho or Rodri starting in midfield, with Raheem Sterling instead recalled to the starting XI.

For Chelsea, Edouard Mendy and N’golo Kante both shook off injuries to make the Chelsea XI, while Ben Chilwell and Reece James were entrusted with wing-back duties.

Werner started up front alongside Kai Havertz for the Blues and a gilt-edged chance came his way within X minutes.

A flowing move from Thomas Tuchel’s men eventually saw the ball come the way of Kai Havertz on the left, and his low cross found its way to the feet of the German striker.

But Werner lost composure in front of goal at the crucial time, as seems to have happened all too often in his first season in England.

A left-footed strike was attempted by the former RB Leipzig man, but he instead managed to miss the ball entirely, mostly kicking the air instead.

Have a look below. Where does this one rank among the striker’s misses this season?