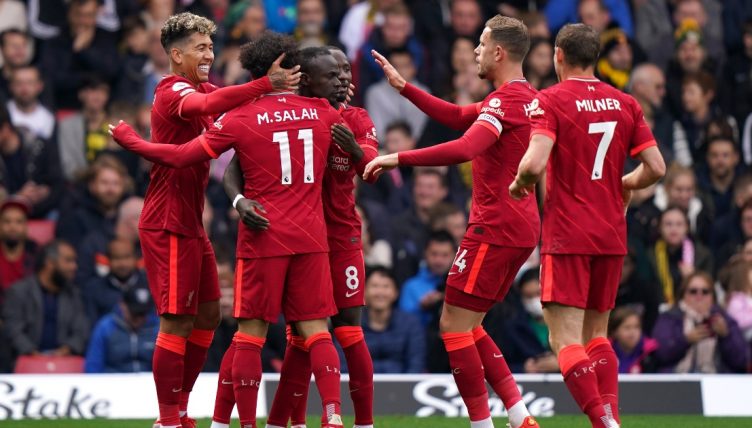 Sadio Mane rubbished any lingering suggestions of a rift with team-mate Mohamed Salah during Liverpool‘s 5-0 win over Watford.

Mane and Salah have both been incredible signings for Liverpool, helping transform Jurgen Klopp’s side into one of the best in Europe.

But their shared success has led to many suggesting that there is a rivalry between the two, especially when it comes to goalscoring.

“I feel there’s been a massive problem which has plastered over the cracks with Salah’s relationship with Mane,” former England international Trevor Sinclair told talkSPORT in March. “I feel Mane is a huge team player and Salah is more for himself and that’s been a relationship problem for a long time for Liverpool.”

But Salah rubbished those suggestions by setting up Mane’s opening goal against Watford with a sensational pass. After finding the back of the net, Mane then celebrated with his team-mates and appeared to say “Come on King!” to Salah.

Once upon a time a certain journalist said that Sadio Mané and Mo Salah’s relationship was ‘imperfect’.

Here’s Sadio Mané saying: “come on King!” to Salah after his assist.

Don’t believe everything you read on the internet. pic.twitter.com/2ZTUAEuE7c