Watch: Left-back goes in goal at AFCON & makes outrageous save 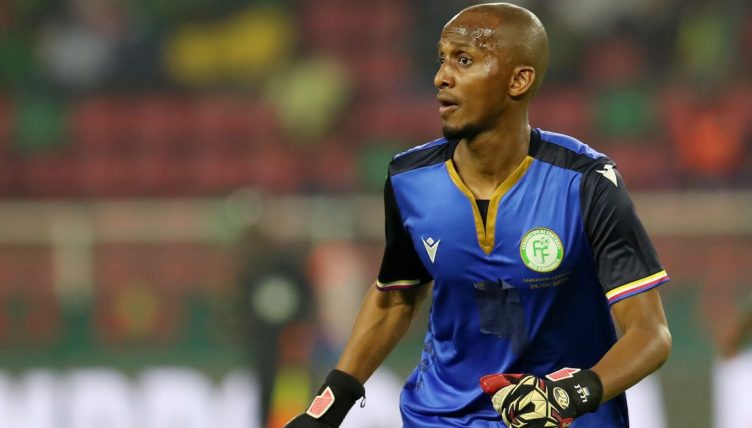 Comoros made history by reaching the Africa Cup of Nations last 16 in 2022… and were forced to put left-back Chaker Alhadhur in goal when they got there. Fortunately for them, he proved more than adept, pulling off a magnificent double save against Cameroon.

Comoros is a small island nation off the east coast of the African continent with a population of under a million people.

Their mere presence at the tournament was a major achievement given their population and the fact that the nation’s football federation only became a FIFA member in 2005.

But Comoros, ranked 132nd in the world by FIFA, surprised the continent by beating heavyweights Ghana in their third and final game in Group C, sending the Black Stars crashing out in the process.

That win booked Comoros a glamour tie with hosts and favourites Cameroon in the last 16, a task that would have been difficult enough even with a fully fit goalkeeper.

Unfortunately for The Coelecanths (it’s their nickname, look it up), their first-choice ‘keeper Salim Ben Boina was injured against Ghana and their other two goalkeepers contracted Covid.

In the build-up to the game, Comoros’ assistant manager Daniel Padovanni said: “We’ve already chosen an outfield player who will start as keeper. It’s a player who in training has shown that he can play as a keeper.”

Comoros could not quite keep Cameroon at bay, losing 2-1 after going down to 10 men with just seven minutes on the clock.

But Alhadhur, who is usually a left-back or left-midfielder and plays for French club Ajaccio, proved Padovanni right with a fantastic double stop in the second half.

First Alhadhur denied Vincent Aboubakar, but his parry fell to Nicolas Moumie Ngamaleu, who seemed to have the goal at his mercy.

But Alhadhur somehow lifted himself from the floor and threw his hands in the way of the shot.

Truly heroic stuff. We doff our caps to you, Chaker Alhadhur.

Incredible double save from the stand-in goalkeeper!! 😲

Chaker Alhadhur, who is orignally their left-back, may have just kept Comoros in this! 👏 pic.twitter.com/VfONrYrC1l