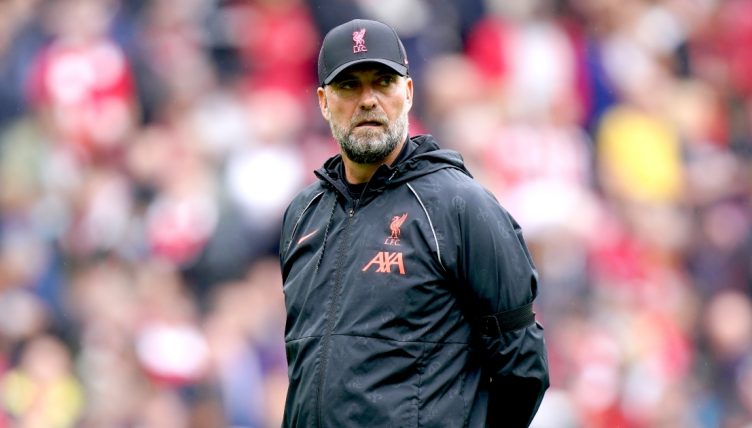 Cristiano Ronaldo’s return to Manchester United has dominated the headlines in recent weeks but Liverpool boss Jurgen Klopp didn’t want to talk about it.

Ronaldo was linked with a move to Manchester City but ultimately decided to return to Old Trafford, breaking the internet in the process.

The Portugal international was one of United’s three major signings in the summer, but Liverpool bought just one first-team player.

Despite speaking at the pre-match press conference for Liverpools vs Leeds, Klopp was asked about other club’s spending and Ronaldo’s return.

“It’s really a little bit annoying that I have to talk about that because I said it already five million times,” Klopp said. “The only transfer we didn’t speak after was Cristiano Ronaldo, but all the other things we spoke before.

“No, I’m not surprised that they do it, I was surprised – but it’s a personal thing – that Cristiano left Juve because I didn’t know that would happen and that’s it.

“Clubs do business. When I say it, my problem is obviously my English because from time to time I obviously annoy some other managers and I don’t want to annoy them, I’m not interested in it, why should I?

“I say something, I think it’s right, and then it is probably right in my mind and then two days later I hear the response from somebody and think, ‘Why is he on his toes?!’

“Honestly, I couldn’t care less what other clubs are doing. In a few weeks I am four years here, I signed up for this way when I arrived here.”

"I couldn't care less what other clubs are doing. I have been six years here. I signed up for this way when I arrived here"

Jurgen Klopp on the spending of Liverpool's rivals and his 'surprise' at Cristiano Ronaldo transfer… pic.twitter.com/rV8M9oz5RA