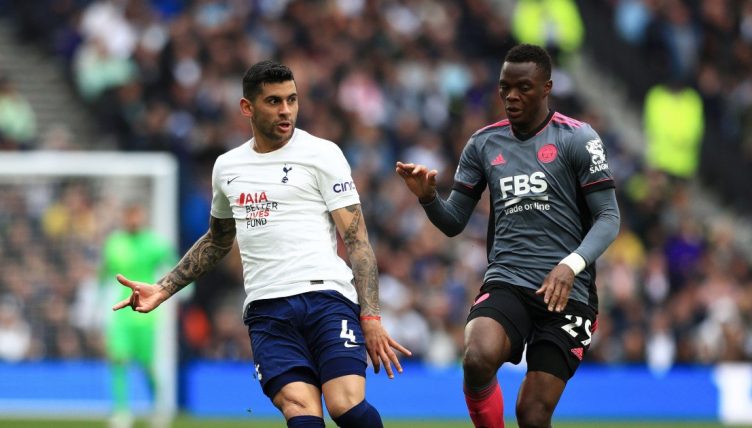 The result means Spurs are still in the fight for the top four, with a crucial match against rivals and current fourth-placed side Arsenal to come before the end of the season.

Romero twice won the ball in quick succession before it fell to Dejan Kulusevski, who then set up Son Heung-min’s first goal of the game.

The Argentina international is currently on loan from Atalanta, although his Spurs deal reportedly includes an obligation to buy for £46.7million.

“Romero is perfect for the Premier League,” Spurs manager Antonio Conte said in February. “He’s strong physically, he has the timing to anticipate and good personality to play with the ball.

“Despite being a young player, he has good experience, he’s strong. I like him. For sure, he has a lot of space for improvement.”

Conte has always preferred a back three, a tactical system Romero is used to in Italy. But adapting to life in London has been more than just about football.

“I love life here,” Romero has said about being at Tottenham.

“Right at the start, it wasn’t easy. I think when change happens in our life you always need a certain amount of time to be able to adapt and settle in.

“First and foremost, the language is quite a basic thing and you need that to get by.

“But gradually I feel I’ve settled in. I’ve always had that spirit and desire and aggression. And I think if I ever lost that, I’d have a problem.