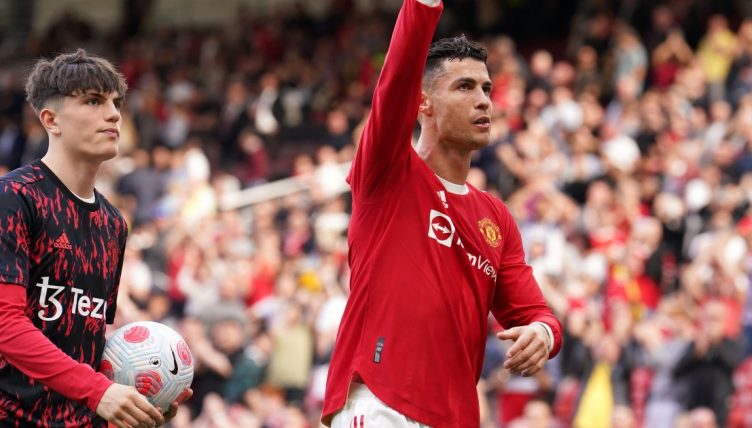 Cristiano Ronaldo handed his match ball to Manchester United wonderkid Alejandro Garnacho after scoring a sensational hat-trick to give United a vital 3-2 victory over Norwich in the Premier League.

It was Ronaldo’s second hat-trick of the season, his first coming earlier this year against Spurs, also in a 3-2 victory in the Premier League.

Garnacho has been in impressive form for United’s youth teams this season and has helped fire the Under-18s to the FA Youth Cup Final, the club’s first in a decade. His performances also earned him a call-up to the senior Argentina squad, although he didn’t manage to make his debut.

The young star was included in the squad to face Norwich and has been training with the first team recently.

“Garnacho has been training with us for the last two weeks and I know that he is one of the most promising players,” Manchester United’s interim manager Ralf Ragnick said to United’s website.

“He is still only 17, but a player that hopefully if he keeps his feet on the ground, if he keeps trying to get better every day, then he will not only be sitting on the bench but there is every chance he will be playing for this club.”

Ronaldo’s hat-trick was the 50th of his career, the most of any player in history. His first saw him tap home after Anthony Elanga stole the ball from the Norwich defence before Ronaldo powered home an Alex Telles corner.

United then needed Ronaldo to bail them out once more after throwing away their 2-0 lead.

He scored an impressive free-kick in the 76th minute to give United a vital 3-2 win that moved them just three points off of Spurs, who occupy the Premier League’s coveted fourth place.