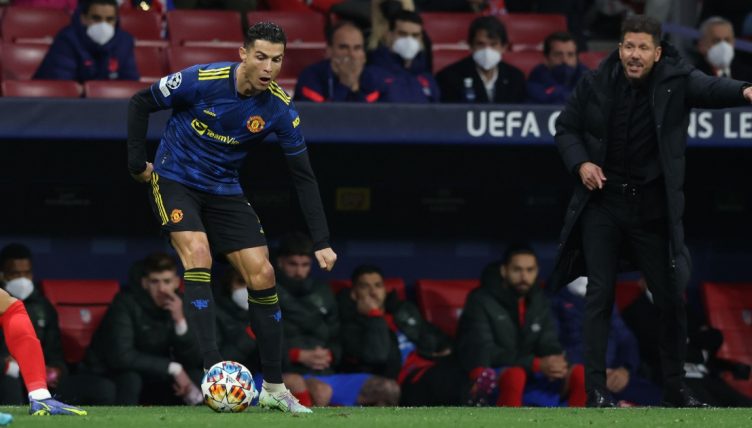 Manchester United icon Cristiano Ronaldo has recently been linked with a sensational return to the Spanish capital – but to play for Real Madrid’s fierce city rivals Atletico. Could it really happen? Transfer guru Fabrizio Romano has given us the full lowdown.

After news emerged last month that Ronaldo would be looking to depart Old Trafford this summer, there have been no shortage of clubs that have been linked with the 37-year-old’s signature.

An MLS club and a Saudi Arabian outfit have both reportedly approached Ronaldo’s agent Jorge Mendes with a huge offer in terms of wages, but Ronaldo is said to have turned them down as he favours remaining in Europe, with ambitions of lifting the Champions League for a sixth time.

Erik ten Hag’s Red Devils are unable to offer Ronaldo the stage in European football’s most prestigious club competition, having finished sixth last term. The era-defining forward is the competition’s all-time top goalscorer and missing out would be a bitter pill to swallow given he’s spent his entire career lighting up the Champions League.

Bayern Munich and Chelsea have both been linked. Bayern may well be on the lookout for a striker to replace Barcelona-bound Robert Lewandowski, while Thomas Tuchel is said to be against the veteran rocking up at Stamford Bridge.

Atletico Madrid are another name that have been mentioned in recent days. Having allowed Luis Suarez to see out his contract, the La Liga outfit may well be looking for a new forward in the transfer market – they’ll be looking to emulate the great success of Suarez, who fired them to the league title and made Barcelona regret letting him go.

Ronaldo has been a constant thorn in Atletico’s side over the past 12 years, particularly as Real beat their city rivals in the 2014 and 2016 Champions League finals, although it was Diego Simeone’s side that got one over the Portuguese last term, dumping Manchester United out of the Champions League at the first knockout stage.

“At the moment Atletico Madrid are among many clubs who spoke to Jorge Mendes,” Romano began

“But still nothing close, nothing progressing, still no bid, so it’s just a conversation. At the moment, Atletico Madrid are busy with different topics.

“For example, they want a new right-back. They have to do many things and so the moment for Ronaldo they had a conversation with Mendes to speak about many things. Mendes is one of the best agents in the world with many clients, but nothing imminent for Cristiano Ronaldo to Atletico as of today.

“The situation for Cristiano Ronaldo is still up in the air.”