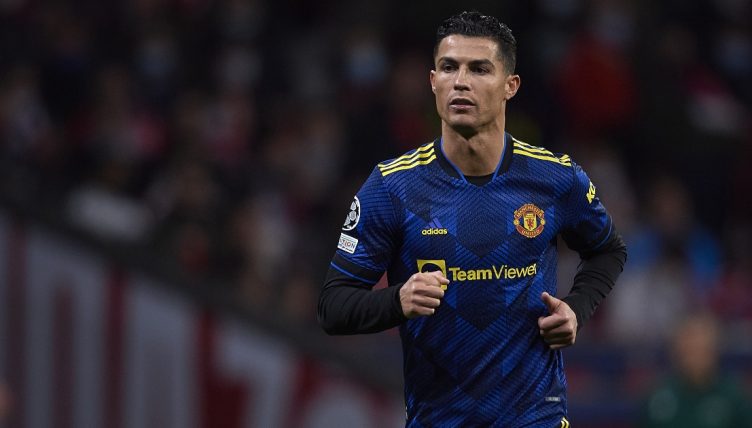 Cristiano Ronaldo appeared to be giving goalkeeping advice to David de Gea during Manchester United’s 1-1 draw against Atletico Madrid in the last 16 of the Champions League.

Atletico dominated the opening 45 minutes on Wednesday and deservedly went into half-time with a 1-0 lead thanks to Joao Felix’s early header.

Diego Simeone’s side also looked the better team during the early stages of the second half and there was a curious moment between Ronaldo and De Gea when the visitors were defending another attack.

Ronaldo, who was visibly frustrated for large periods of the night, was seen making a beeline for De Gea before having words with his goalkeeper as United prepared to defend another corner.

Ronaldo proceeded to gesture with De Gea, getting up close to the Spain international and appearing to take issue with his kicking.

The United forward seemed to be suggesting the 31-year-old should play the ball directly to him up top with urgency, having been on the fringes of the action at the time.

The footage makes for pretty awkward viewing, with De Gea sheepishly nodding his head and wishing for his ordeal to be over.

United rallied to secure a 1-1 draw through Anthony Elanga’s equaliser but Ronaldo was on the periphery of the action for the majority of the evening.

As the first half drew to a close, Ronaldo threw his hands in the air in frustration – something former team-mate Rio Ferdinand picked up on the BT studio.

“Cristiano Ronaldo, on his own here in the box,” he said.

“Got an opportunity to cross the ball against Atletico Madrid away from home, you got to get people in the box – more than one.

“You see the frustrations of someone like Cristiano here, who had a quiet night to be fair to him.

“Who’s in the box? Him here on his own and you’ve got about eight players in red and white stripes against one player in the box.

“Watch his reaction here, says it all. Frustration, throwing his hands out – one player.”