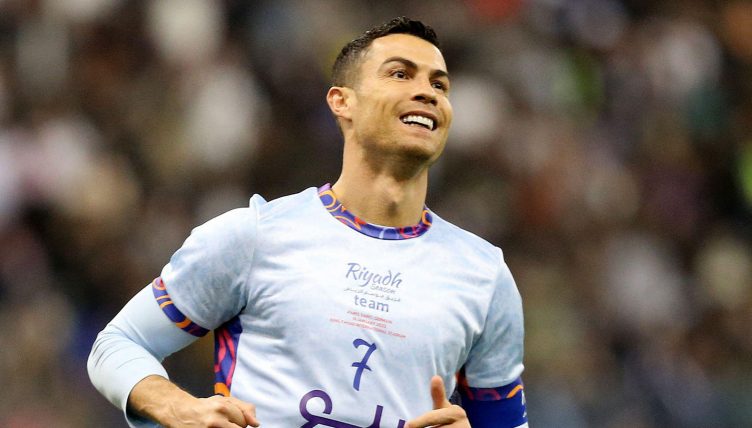 Cristiano Ronaldo made his Al-Nassr debut at the weekend and he proved that he’s still got some magic left in his boots with this brutal chop.

The 37-year-old didn’t manage to score on his official debut, but he did score a brace against PSG during a club friendly. Perhaps that was the last time we’ll ever see him up against Lionel Messi.

Al-Nassr were victorious at the weekend against Ettifaq as Talisca’s first-half goal was the difference between both sides. They currently sit top of the Saudi Pro League and have a game in hand on Al Hilal in second.

Following his official debut, Ronaldo’s new manager Rudi Garcia told reporters: “It’s a positive addition when you have a player like Ronaldo as he helps to distract the defenders, which is what happened with our goal.

“Today we created opportunities for him and asked the players to diversify the game between him and Talisca, and we must not forget that he participated in the (exhibition match against) Paris-St German and did not get enough rest.

“Even with the presence of Ronaldo, it is not easy to win the Saudi League because of the strength of the competitors.”

The French manager also stressed the importance of not rushing the ball to Ronaldo during the matches. He added: “It is very important for the players to play normally and not always try to give the ball to Cristiano. I have told them to make the right choices on the field.

“It is clear that when Cristiano or Talisca are alone and ask for the ball, we have to give them the ball. These two players are capable of making the difference.

“However, we had the opportunity several times to hit a cross, but then there were not enough people in the box, where the two were not there at times. We have to work on that, so we have one of them in the box.”

Ronaldo will get his next chance to score for Al-Nassr on Thursday when they face Al-Ittihad in the Saudi Super Cup semi-final. Al-Nassr last won the trophy in 2019.

The 37-year-old might not be as sharp or dynamic as he once was, but this hilariously brutal chop proves that he still has some magic left in his boots.

READ NEXT: The top 10 goalscorers in Europe since Ronaldo’s Man Utd debut

TRY A QUIZ: Can you name the top 20 Portuguese goalscorers in PL history?