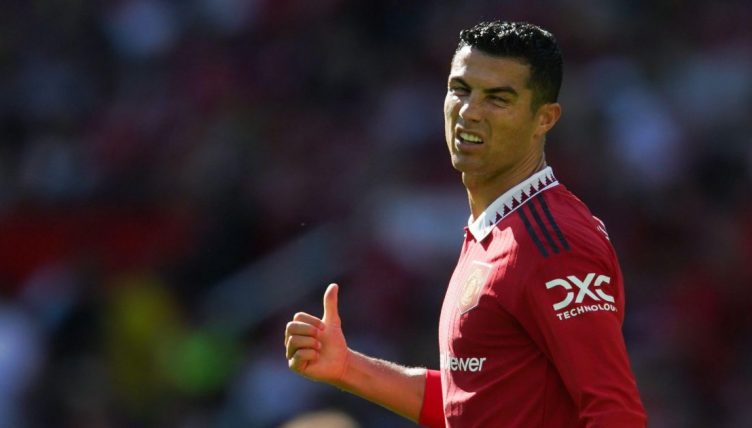 Cristiano Ronaldo started Manchester United‘s opening game of the Premier League season on the substitutes’ bench – and was seen gesticulating in frustration when his team-mates conceded the first goal to Brighton.

Ronaldo’s future has been one of the main talking points of a very busy summer at Old Trafford.

The Portuguese forward moved back to Manchester United in 2021 and top scored for them in the 2021-22 campaign, with 18 goals in the Premier League and 24 in total.

There is doubt, however, about how he will fit into the tactical plans of new manager Erik ten Hag and stories emerged that Ronaldo wanted to depart Old Trafford and join a club that will play Champions League football in 2022-23.

Erik ten Hag has insisted throughout that Ronaldo is part of his plans. But Ten Hag left the 37-year-old striker on the bench for the opening game of the new Premier League campaign.

Asked about his decision to drop Ronaldo, Ten Hag told the BBC: “I cannot say [when Ronaldo will be back in the starting XI], it depends on how quickly he is progressing.

“He will do everything to get to the fitness levels [required] as soon as possible.”

United proceeded to put in a poor first-half display, with Brighton going 2-0 up before the interval. Both goals came from German midfielder Pascal Gross.

After the first of those two goals, which was assisted by former Manchester United man Danny Welbeck, the cameras in the stadium panned to Ronaldo, who was sat in the dugout.

He gesticulated with both hands with what appeared to be a combination of frustration, anger and encouragement.

Ten Hag was then shown looking stony-faced as United fans bemoaned a first-half display that looked very much like the disappointing fare that was being served up at Old Trafford throughout the 2021-22 campaign.