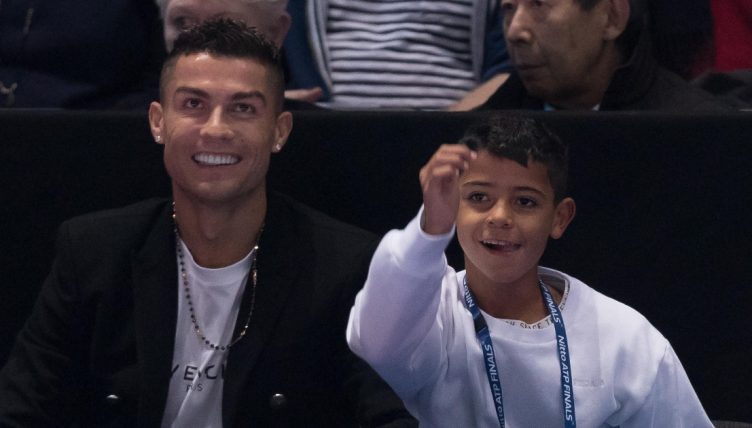 Ronaldo, who has scored over 800 goals for club and country in his career, is widely regarded as one of the greatest footballers of all time.

After the Portugal international signed for Juventus in the summer of 2018, his son joined their academy and netted four times on his debut for the Under-9s.

“He’s very competitive, like me when I was young, and he doesn’t like to lose,” the forward told DAZN when asked about his son in 2018.

“He will be like me I am sure, 100 per cent. I hope that with my experience, with my motivation, my goals, I can teach him some stuff, but you know he is going to be whatever he wants.

“I’m always going to support him, but of course I want Cristiano to be a football player because I think he has that drive.

“He has a good body, he’s fast, he has skills, he can shoot, but as you know he’s going to make his decision and he’s so young, I’m not going to pressure him.

“But that is of course a dream, to see my boy become a football player.”

Cristiano Ronaldo Jr continued to impress in Italy before following his dad to England. He signed a contract with United’s academy in February 2022 and is currently playing for their Under-12s alongside Wayne Rooney’s son.

United’s youth sides are currently playing in The Mediterranean Internet Cup in Spain and Ronaldo Jr stole the show. He scored against EF Girones Sabat before copying his dad’s ‘SIUUU’ celebration.

He followed that up with another goal in United’s second game of the tournament, and he did the iconic celebration once again.

Cristiano Ronaldo Jr. back at it again 💥

Watch: Ronaldo rolls back the years in Man Utd training with insane skill