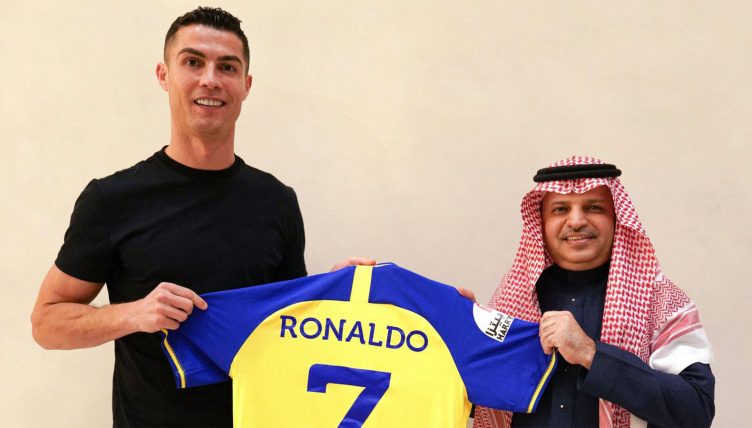 Cristiano Ronaldo will now be adapting to his new surroundings in Al-Nassr and their coach Rudi Garcia recently joked about Lionel Messi joining the club.

Al-Nassr currently sit top of the Saudi Pro League and have only lost one league match this season. The signing of Ronaldo will seriously boost their title chances this year.

His impact off the pitch has already been seen as Al-Nassr’s social following has grown exponentially since they announced the signing of the Portuguese superstar.

Upon Ronaldo signing the club released the following statement: “This is more than history in the making. This is a signing that will not only inspire our club to achieve even greater success but inspire our league, our nation and future generations, boys and girls to be the best version of themselves. Welcome, Cristiano, to your new home.”

Ronaldo added: “Al-Nassr’s vision is very inspiring and impressive. I look forward to a different league experience in a different country. I am excited to join my team-mates as soon as possible.”

Plenty of fans and pundits alike have been split on Ronaldo’s decision to leave European football, but former teammate Rio Ferdinand has defended his position.

“What a way to finish their careers, getting great money, going to a league that’s not as competitive, they’ve deserved that, they’ve earned the right.

“That’s all I saw in the media. But because it’s Saudi Arabia, it’s a disgrace, it’s sad. Let a man go and live, let a man go and enjoy it. It’s a new adventure he’s taking his family to experience a new culture.

“Every single country in the world has its issues, so America have got less issues than Saudi, have they? But it’s fine for all these players to go to America. Let’s let them go to the States and have a swansong year and just toss it off. I don’t like it. It stinks we’re not hearing this type of talk. It’s out of order.

“Everyone should be treated the same. Every other player that’s gone to a less competitive league to end their career has been told you’ve earned the right. No man on the planet would have earned the right more than this guy.”

Prior to Ronaldo being announced as an Al-Nassr player, their coach Rudi Garcia joked about the possibility of bringing Lionel Messi to the club. What a combination that would be.

Al Nassr coach, Rudi Garcia, asked about Ronaldo before the official announcement: "I wanted to bring Messi from Doha."

READ NEXT: How Lionel Messi’s record in 2022 compared with Cristiano Ronaldo’s