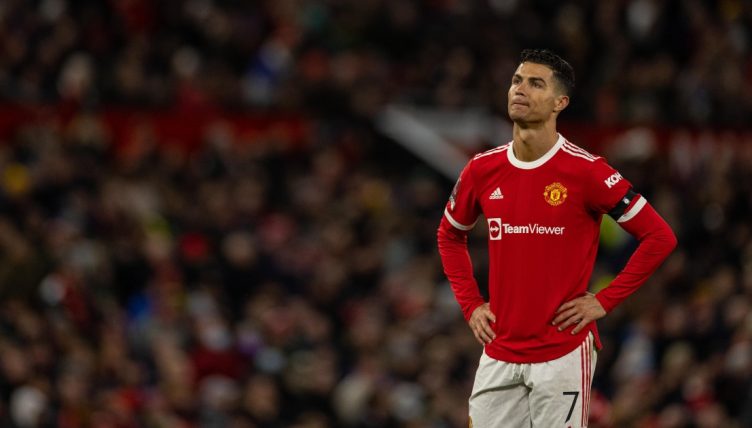 Cristiano Ronaldo has now gone six club games without scoring – his longest run since 2009 – and he let his frustration show during Manchester United’s 1-1 draw with Southampton on Saturday.

Ronaldo has not yet hit the back of the net in 2022, with the last time he scored being against Burnley on December 30.

And the 37-year-old endured another frustrating afternoon at Old Trafford as United dropped more points in their pursuit of a Champions League spot.

After missing a golden opportunity to open the scoring early on, rolling the ball towards an open goal only for a Southampton defender to clear, Ronaldo was largely on the periphery of the action.

As Che Adams cancelled out Jadon Sancho’s first-half opener, the Portugal international failed to hide his frustration with another stodgy display from United and was caught looking distraught with himself and his team-mates.

“To be honest, I don’t know if we are not fit enough in order to play that way because, as you said, I came in the middle of the season,” Rangnick said when asked to identify United’s problems.

“We had no pre-season (together) and in essence only maybe two weeks in total in between where we could train in a normal way.

“If I watched the team in training and the way that it’s being prepared for games, I wouldn’t allow myself to say we are not fit enough to play like that.

“We didn’t always take the right decisions, we were not as composed and not structured enough in the way that we played in the first half compared to the last half-hour.

“We were a little bit erratic in those moments. I would have wished us to stay a bit calmer and cooler but we had the chances.”

And with speculation about Ronaldo’s future growing, everything looks a little bit more uncertain for Manchester United right now.