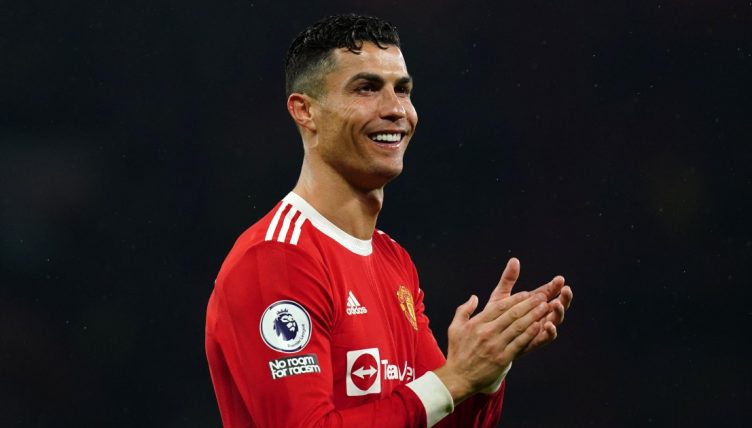 Cristiano Ronaldo appeared to give Manchester United fans a clear indication about his future following Monday’s 3-0 win over Brentford at Old Trafford – or so we thought.

Ronaldo scored his 18th Premier League goal of the season during United’s final match at Old Trafford this campaign and has 14 more goals in all competitions than any other Manchester United player.

The Portugal international returned to Old Trafford for a second stint at the club last year, signing a two-year contract after leaving Juventus.

But it’s been suggested that Erik ten Hag could look to the future and jettison Ronaldo when he takes charge ahead of the 2022-23 season.

The veteran attacker joined in with the lap of honour after the Brentford game and clapped fans as he walked towards the Stretford End, smiling and waving at supporters who had stayed behind.

He then appeared to say ‘I’m not finished’ into a nearby camera before walking away – giving an indication that he will be staying at United next year.

And he took to Instagram afterwards to say: “Once again, great support from the stands.

“Let’s take this opportunity of our last game of the season at Old Trafford to thank our amazing supporters, who endured a difficult season by our side and never abandoned us.

“Thanks, guys. Your support means the world to us and our goal is to become better everyday, so that we can achieve what we all want: glory for Man. United!”

Ronaldo’s future will be a point of much discussion this summer and United legend Roy Keane claimed that United should be looking to keep hold of their leading goalscorer.

“It [Ronaldo’s signing] was a short-term fix, for the fans, for the share price,” Keane admitted on Sky Sports. “But he has still scored the goals.

“If the leading goalscorer, the man you are depending on, is 37 years of age then that is certainly not good but I would certainly be holding onto Ronaldo.”

Ronaldo has since responded on Instagram with a comment that “I’m not finished” isn’t what he actually said. What he did say, and whether we should read anything at all, is anyone’s guess.