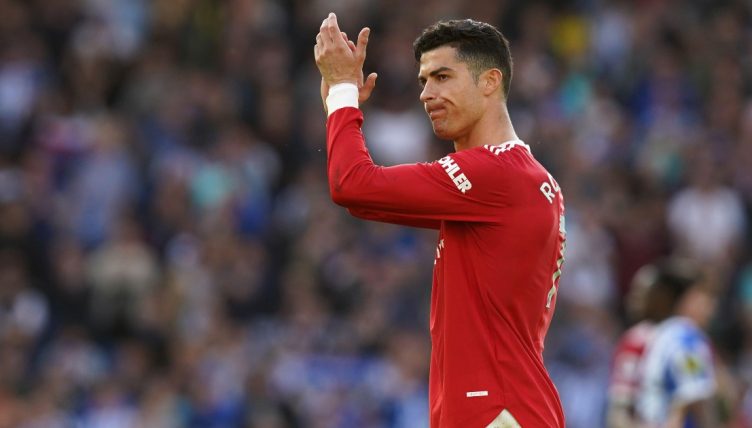 Cristiano Ronaldo has told Manchester United he wants to leave the club this summer if a suitable offer arrives this summer – and Fabrizio Romano has explained the reasoning behind Ronaldo’s request.

Ronaldo rejoined United from Juventus last summer but has informed the Red Devils he wants to leave after just a single season back at Old Trafford.

The news, which was initially broken by The Times, threatens the derail United’s preparations for the upcoming season under new manager Erik ten Hag.

And transfer expert Romano has explained why Ronaldo has requested a transfer away from Old Trafford on his YouTube channel.

“The reality is that Cristiano wants to leave Manchester United,” said Romano. “Jorge Mendes has been clear, they want to try and find a solution this summer. He is really disappointed by Manchester United’s general situation [but] in the market especially.

“But it can’t be only the manager, it is needed from the club, the board and the owners – a really strong message and statement in the market. They need to sign players.”

Romano added: “I like the manager, I love the club but I don’t feel the ambition. This is the message from Cristiano.”

Later in the video, Romano claims that Ronaldo feels United’s squad is in need of “six or seven” major signings.

“Cristiano is really happy with some of the players in the team. But he is convinced that some signings are needed – six, seven important players are needed at Manchester United,” added Romano.

Romano says Mendes is currently “working with many clubs” to find a solution for Ronaldo this summer. But he added that the Portugal captain is yet to receive a concrete offer from any other club and could yet remain at Old Trafford.

“Cristiano has no agreement with any club as of today,” Romano said.