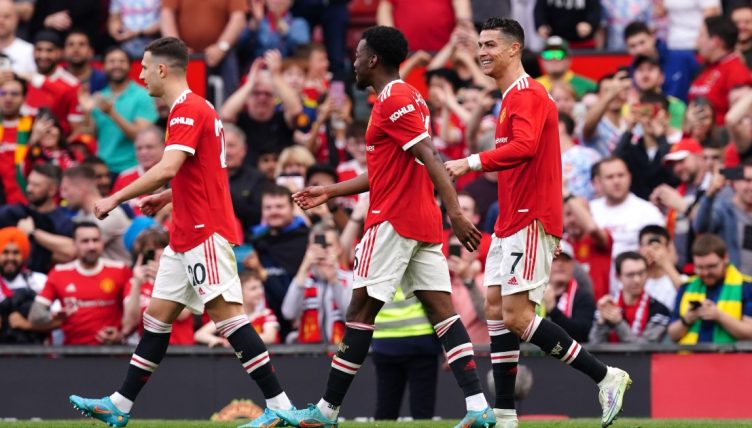 Cristiano Ronaldo demonstrated his credentials for the Manchester United armband ahead of their 3-2 win at Norwich City at Old Trafford.

Ronaldo opened the scoring in the opening stages and then headed home an Alex Telles corner to make it 2-0. After Norwich managed to draw level, he completed his hat-trick with a powerful free-kick in the 76th minute.

The 37-year-old deservedly won the Man of the Match award and fans online praised him again after the game’s tunnel cam footage was released.

While waiting for the game to start, he was filmed walking down the tunnel to greet each of his United team-mates. The striker also had a prolonged chat with David de Gea before speaking to Jesse Lingard and Anthony Elanga.

But Harry Maguire, who is United’s official captain, was standing motionless as Ronaldo seemingly tried to rally his team-mates.

“I spent four years with him [Ronaldo], seeing him every day, staying after training with him, playing games with him,” former United goalkeeper Tomasz Kuszczak told Ladbrokes in 2021.

“For me, he always was a great guy, hard working, always smiling, always positive. Many players think he’s an arrogant guy, but he wasn’t.

“He was loud, always happy, he loved football. He’s a guy who was just fantastic to be around. He was never sad; he was so positive.

“We’d lose a game and he’d be one of the first in the dressing room to lift our heads up and tell us to focus on the next game.

“This was at a fairly young age as well, so he’s always had those leadership qualities, and I imagine he’s the one the current youngsters look up to in the dressing room now.”