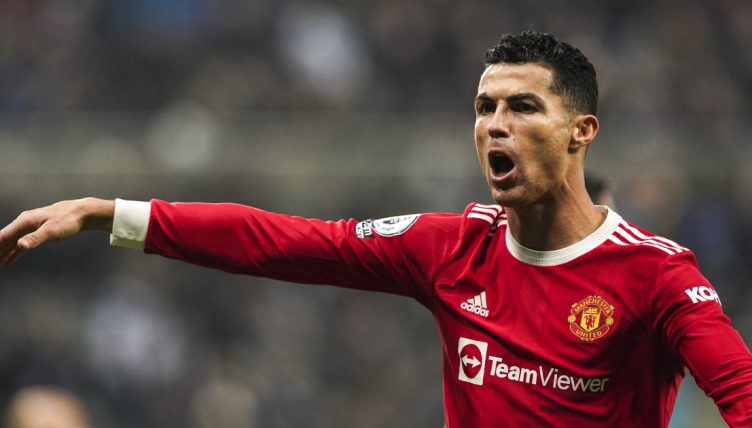 Cristiano Ronaldo didn’t have his finest game as Manchester United were held to a 1-1 draw at Newcastle on Monday evening – and the legendary striker was lucky to avoid being sent off for his tackle on Ryan Fraser.

United were fortunate to escape with a draw against their relegation haunted-opponents after a second-half equaliser from substitute Edinson Cavani cancelled out a superb opener from Allan Saint-Maximin.

Ronaldo was peripheral throughout the game and was seen making his anger clear with a series of frustrated gestures when he didn’t receive the ball from team-mates.

And his simmering frustration boiled over with a wild attempt to win the ball from Scotsman Fraser during the second half.

Eyeing the opportunity to win a 50/50 challenge, Ronaldo attempted to regain possession but ended up taking a wild swipe at the ball that left Fraser in a crumpled heap on the floor.

The 36-year-old was booked but can count himself lucky not to have received a stricter punishment.

“He caught a glancing blow on Ryan Fraser but he was off his feet and missed the ball,” Pat Nevin told BBC Radio 5 Live.

“Cristiano takes enough hits himself but when your team is in trouble do not take risks like that, so he got a bit lucky.

“The referees are letting it flow a bit more and I prefer that but that was right on the edge and some referees would’ve gone further.”

🚨⚽| Cristiano Ronaldo was shown a yellow card for this challenge on Ryan Fraser.