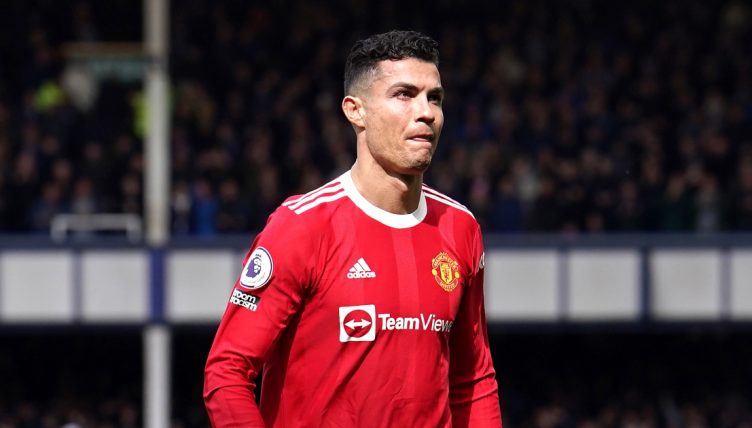 Ronaldo missed United’s 1-1 draw at home to Leicester City due to illness but returned to the starting XI for the trip to Everton.

Ralf Rangnick’s side struggled to create many opportunities in the second half and Ronaldo often looked isolated in the Everton box.

As Everton prepared to take a throw-in during the 85th minute, Ronaldo’s frustration got the better of him. He kicked the ball at the dugout and reportedly came close to hitting United technical director Darren Fletcher.

The Portugal international was subsequently shown a yellow card and failed to score an equaliser in the final minutes.

Ronaldo has now managed 18 goals across his 33 appearances in all competitions in 2021-22, having only once scored less than 30 in a season since leaving United in 2009.

After the full-time whistle, Ronaldo walked back towards the dressing room and appeared to knock a mobile phone out of a supporter’s hand.

An alleged assault has been reported to Merseyside Police and the 37-year-old has since apologised in an Instagram post.

“It’s never easy to deal with emotions in difficult moments such as the one we are facing,” Ronaldo said. “Nevertheless, we always have to be respectful, patient and set the example for all the youngsters who love the beautiful game.

“I would like to apologise for my outburst and, if possible, I would like to invite this supporter to watch a game at Old Trafford as a sign of fair-play and sportsmanship.”