Watch: Ronaldo rolls back the years in Man Utd training with insane skill 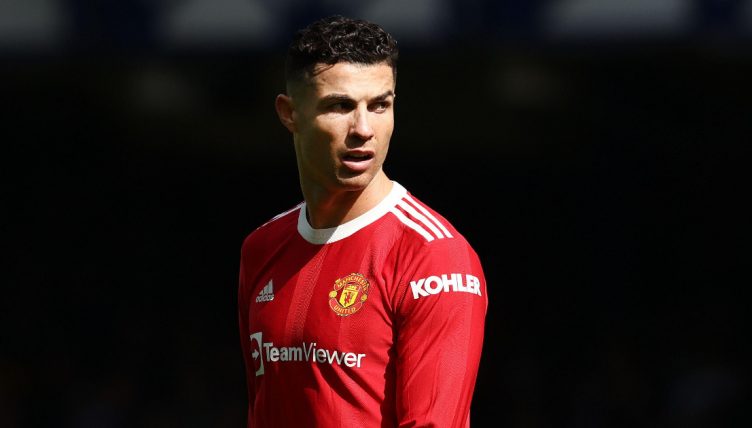 Cristiano Ronaldo has come in for some criticism since his return to Manchester United in the summer of 2021, but the greats never lose their talent, and he destroyed youngster Hannibal Mejbri with a delightful piece of skill in training.

The 37-year-old has scored 18 goals in 34 appearances, but Manchester United’s disappointing campaign will see them finish a fifth consecutive season without silverware, and they look set to miss out on a top-four finish.

Whilst some have praised Ronaldo’s goal contributions, especially in the Champions League, where he scored six times in the group stage, others have claimed that his lack of pressing from the front is holding United back from playing a more fluid style.

However, his latest endeavour in training indicates that he has plenty more left in the tank with regard to attacking flair. Picking up the ball, Ronaldo pulled off two perfect stepovers, leaving youngster Hannibal Mejbri for dead, before calmly firing the ball into the back of the net.

It was the kind of skill United fans saw on a weekly basis in Ronaldo’s first spell at the club, where he won the Champions League and three Premier League titles.

Ronaldo’s greatest moment since his return to Old Trafford was undoubtedly his hat-trick against Tottenham in March, which led to United interim boss Ralf Rangnick praising the Portuguese star.

“Yeah, it [managing Ronaldo] is challenging. It’s a challenge with a player like him,” Rangnick stated after the win against Spurs.

“But he showed today that he’s still got the quality to play for a club like Manchester United. If we want to be successful at the end of the season, we have to do it together.

“He showed that he is physically able to do that, but we also have to admit he has not always been like that the past couple of weeks and months.”

With Ajax boss Erik ten Hag set to take over as manager in the summer, it remains to be seen if Ronaldo’s future still lies in Manchester, but he is still capable of producing moments of magic to destroy defenders and impress his teammates.