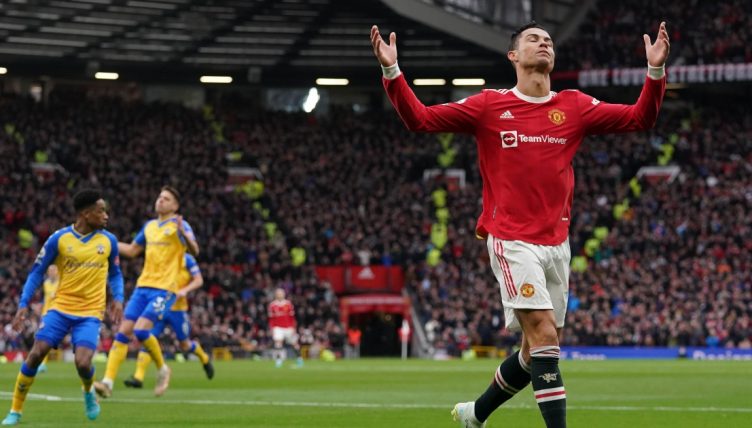 Cristiano Ronaldo went into Manchester United’s match with Southampton enduring his longest goal drought at club level since 2010 – and he missed a golden early opportunity to end that run.

Ronaldo had a goalless cameo against Burnley on Tuesday which was his fifth game without scoring and Ralf Rangnick explained why the forward was left on the bench at Turf Moor.

Speaking to MUTV prior to kick-off, the interim manager said: “We’ve played Burnley a few weeks ago and seen quite a few games here at Turf Moor, we knew in the early stages it will require a lot of running, chasing balls, a lot of fighting for second balls.

“So I decided to start with Edi because this kind of profile suits him.”

It’s not been the easiest of seasons for the 37-year-old. Ronaldo has scored goals regularly but United’s expected title challenge has failed to materialise and the Portugal international has let his frustration show at times.

He ranted and raved after being substituted at Brentford last month and we wouldn’t bet against Ronaldo exploding with rage in the Old Trafford dressing room after this miss against Southampton.

The game had started in ridiculously open fashion when Jadon Sancho burst down the left and released the legendary goalscorer with a well-judged pass.

Ronaldo rounded Southampton goalkeeper Fraser Forster and looked set to give United an early lead – but defender Romain Perraud got back and cleared the rolled shot away from danger.

The future of Ronaldo at Manchester United remains open to question. The Sun reported today that he’s told pals he is feeling the pace of the Premier League and his age may finally be catching up with him – though he would never admit it in public.

Ronaldo is even considering cutting short his United comeback and leaving in the summer if his own situation – and that of the team – does not change dramatically.