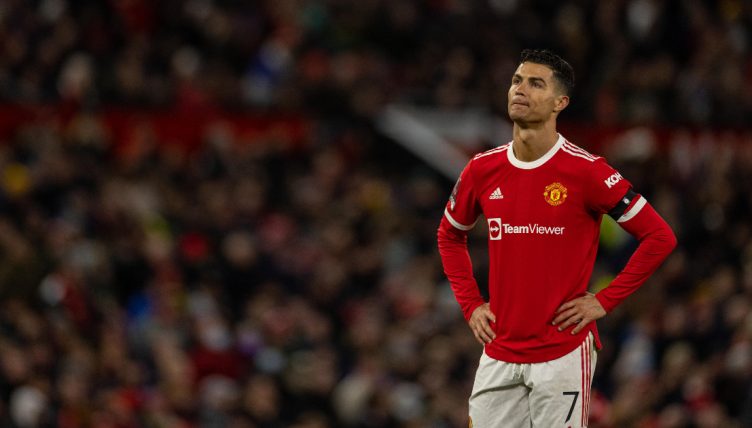 Manchester United crashed out of the FA Cup at home to Middlesbrough on a frustrating night at Old Trafford, which saw them miss countless chances before losing on penalties.

20 minutes into the game the returning Paul Pogba was brought down in the box by Anfernee Dijksteel, and Cristiano Ronaldo stepped up to take the resulting penalty.

The six-time Ballon D’or winner has scored nearly 150 penalties in his career, and Joe Lumley in the opposition goal will have probably expected the net to ripple.

However, to the shock of everyone in the stadium, Ronaldo fired his penalty wide down the left-hand side, sending the United fans into stunned silence and the Middlesbrough away end into chaos.

Ronaldo has now missed 28 penalties throughout his career, although he did strike his effort in the resulting shootout with some venom.

However, Anthony Elanga’s unfortunate miss means United are now out of the FA Cup, and the Champions League is their only remaining chance of silverware this season.

It is nearly five years since United last tasted glory, with the 2017 Europa League their most recent triumph, and there will be much disappointment within the club to lose in such a manner even whilst playing a full-strength side.

After the game, interim boss Ralf Rangnick told reporters: “We should and could have easily been up 3-0 after 45 minutes and even in the second half we missed some great opportunities, even after they scored their goal that shouldn’t have stood.

“But Bruno’s chance was almost like a penalty as well, so we have to blame ourselves for giving away and wasting too many opportunities in the game.

“And, in the end, if it’s on penalties it’s also a question of luck and in the end, we lost that game and we are all incredibly disappointed.”