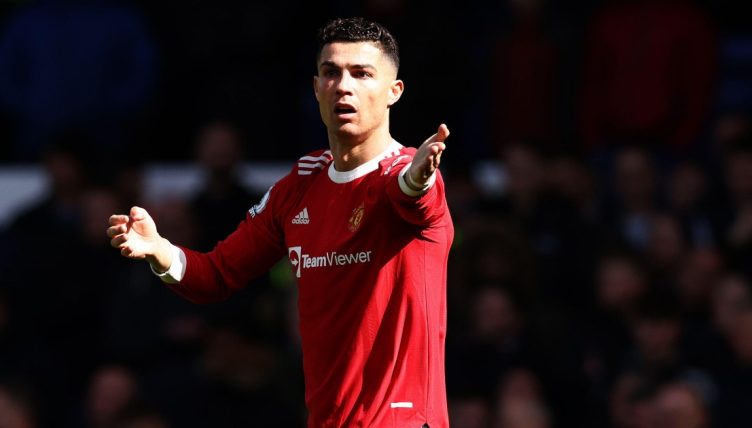 A video has emerged that seems to show Cristiano Ronaldo smashing a fan’s phone after Manchester United’s 1-0 Premier League defeat.

The video shows Ronaldo walking off the pitch, when a hand reaches out that seems to be slapped away by Ronaldo followed by something smashing into the ground that eyewitnesses have said was a mobile phone.

Manchester United have said they are looking into the incident.

United were poor in their 1-0 defeat at Goodison Park to Everton, Anthony Gordon’s deflected goal being all the Toffies needed to claim victory.

“It is a disgrace from us, we should be winning this game,” De Gea said after full-time.

“We don’t score but we don’t create proper chances to score. We are not good enough, that is for sure. It will be difficult to be in the top four.”

Ralf Rangnick also said his side were poor in their defeat, but dismissed the idea managerial uncertainty had any role in the result.

“We don’t score, we don’t even create proper chances to score,” Rangnick explained after the match.

“I don’t know what to say, to be honest. We’re not good enough, that’s for sure. It’s going to be very difficult now to be in the top four.

“You could literally feel like they were crumbling after that result against Burnley. We did not take advantage.

“I don’t think this (talks about a new manager) should be an excuse. We are Manchester United. We have lots of international players. There shouldn’t be an alibi.

“There will be a new manager next season. If this is announced now or in 10 days it shouldn’t have an impact.”

#MUFC are looking into an incident involving Cristiano Ronaldo and what eyewitnesses say was a mobile phone hitting the ground after his side's defeat at Goodison Park.