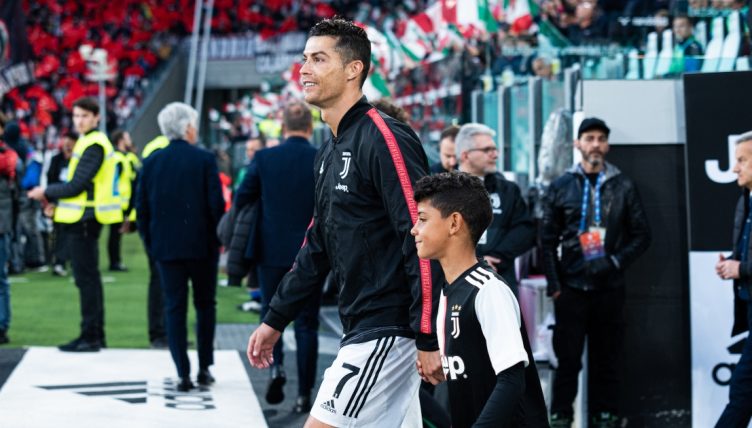 Manchester United forward Cristiano Ronaldo has scored some spectacular free-kicks throughout his career and appears to have taught his son a few of his old tricks.

Ronaldo, who is famed for his knuckleball technique, has scored 48 free-kicks at club level and another 10 at international level.

Fourteen of those free-kick goals came during his first spell at United, including the iconic, sensational strike against Portsmouth in January 2008.

“He [Ronaldo] was hardworking, like everybody was at the club at that time, but he did extras,” former United goalkeeper Luke Steele told the Daly Mirror. “He always wanted to stay out with me or the other goalkeepers and practice that free-kick.

“I can honestly say that he wasn’t particularly great at that free-kick, I’m sure he would say that himself at the age of 18, 19.

“I always remember Louis Saha teaching him something – I don’t know what they were muttering about – but often the ball would fly into the car park which was just behind at Carrington.

“I’d even be thinking, ‘Flipping heck, hit the target because I’m getting cold here.’ But gradually he just adapted… all of a sudden he started hitting this free-kick that started wobbling and moving all over.

“That was something that hadn’t really been done, or I hadn’t seen a great deal of.”

While the 37-year-old is no longer regarded as one of the best free-kick takers in the world, his son will be hoping to take that mantle in the future.

Cristiano Ronaldo Jr signed a contract with United’s academy in February and is currently playing with their Under-12s. He made headlines earlier this year after scoring a couple of goals in the Mediterranean Internet Cup and copying his dad’s celebration.

The 11-year-old has now been filmed practising his free-kick technique and his strike flew over the wall before hitting the back of the net.