Watch: Barcelona’s Dani Alves rolls back the years with a deft nutmeg 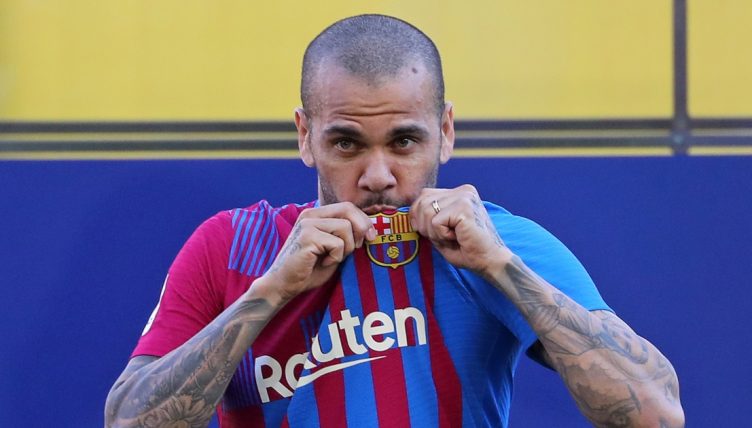 Dani Alves made his second debut for Barcelona during their Copa del Rey victory at Linares Deportivo – and marked the occasion with the smoothest of nutmegs.

Barcelona progressed to the next round with an unconvincing 2-1 victory but the biggest news of the evening was Alves’ first appearance following his return to the club after six years.

The 38-year-old right-back, who started the game as a winger, became the oldest player to feature for Barcelona in a competitive match, surpassing Jose Manuel Pinto by 54 days.

And the former-Brazil international proved that class is permanent with a cheeky nutmeg during the trip to Andalucia.

It doesn’t matter that Alves was facing third-tier opponents. The way he deftly stuck the ball through the legs of his opponent was testament to the quality he retains during the autumn of his career.

Despite signing for the club in November, Alves was only registered when the January transfer window opened.

“The reality is when we signed him we knew we didn’t have the salary limit,” Director of football Mateu Alemany explained, via ESPN.

“Since then, we’ve been working hard and we’re convinced we will be able to register him before Sunday. We want him available for the coach [Xavi] as soon as possible.

“We have room to register Dani Alves, which we will do today or tomorrow. We made an exception with Ferran Torres to sign him [without the room].

“We will decide with Xavi on any more [January] signings, but there will need to be exits first. We have until the end of the month.”