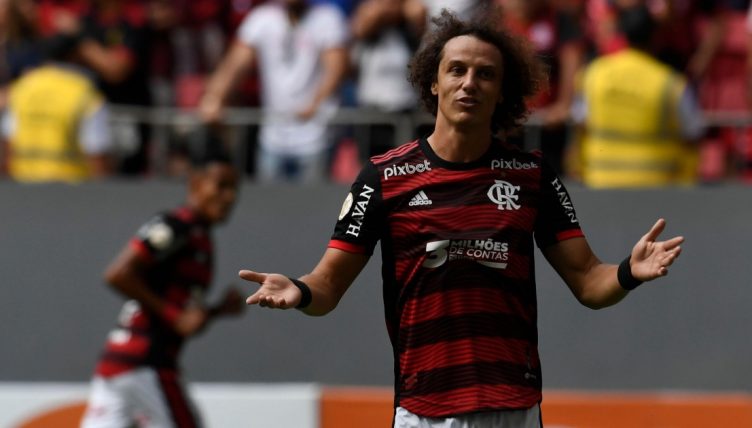 Former Arsenal and Chelsea defender David Luiz was one of the Premier League’s most recognisable figures during his time in England, often for moments of pure silliness, and this miss for Flamengo against Botafogo in Brazil proves he hasn’t changed a bit.

Luiz left Arsenal last summer after some typically inconsistent performances at the Emirates and returned to his native Brazil with Flamengo.

The 35-year-old was hoping that playing domestically would help him get back into the Brazil squad ahead of the 2022 World Cup and, at his unveiling, said: [It is] Another big challenge in my life. I understand that it’s what I’ve always liked, it’s what gives me oxygen.

“It made me make this decision. I had a few different scenarios. I could have chosen a quieter life, but I like to do what’s in my heart.

“That’s what makes me keep playing football, makes me have the same energy and passion.”

But we cannot help thinking that this spectacular miss on Sunday wasn’t part of the plan.

Flamengo were trailing 1-0 to their arch-rivals Botafogo when Luiz was presented with a glorious chance to level the game in the eighth minute of injury time.

The result? Leaning back as if about to recline in bed, the defender skied his shot hilariously high over the bar. To say the Flamengo fans were furious would be a huge understatement.

“Unfortunately we did not get the goal, before their goal if we make the goal would be another game,” Luiz said afterwards.

“We had a much more offensive proposal to get the goals but, unfortunately, we couldn’t. We didn’t play a bad game at all, we controlled the game, but football is that way.

Either way, his miss needs to be seen to be fully believed…

Eighth minute of injury time. Local derby. 1-0 down. Does this. Glorious. pic.twitter.com/BfU3TszwgN