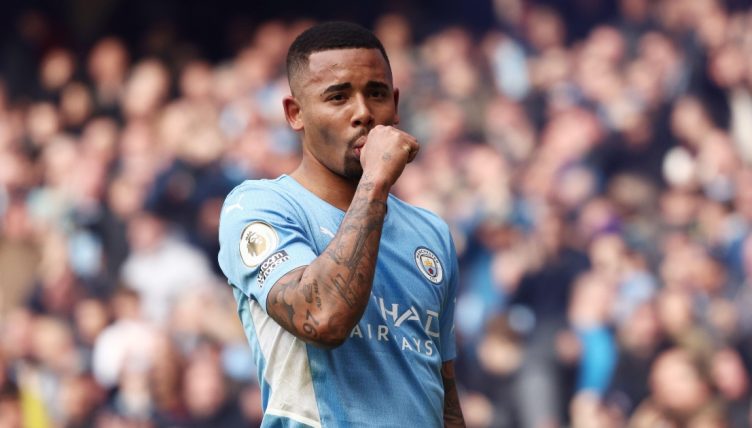 Arsenal have made Manchester City and Brazil forward Gabriel Jesus their main transfer target this summer and The Athletic journalist David Ornstein has provided an update about their progress to sign him.

Manchester City want a fee north of £50million for Jesus and his representatives are travelling to England to wrap up his transfer to Emirates Stadium.

Finalising a move for the 25-year-old will not stop Arsenal from looking to strengthen their attacking options further this summer, with Everton’s Dominic Calvert-Lewin and Roma’s Tammy Abraham also linked with a move to north London.

And, speaking to FIVE, Ornstein has reiterated Arsenal’s desire to get the move for Jesus completed as soon as possible.

“Arsenal are keen to get this closed out quickly,” he said. “But there is currently no agreement with Manchester City yet and that’s obviously the key thing in all this.

“So, while there’s progress on the player’s side and the agent’s side, they’ve got to reach Manchester City’s valuation which is said to be around £50million.

“But, considering Jesus only has a year left on his contract, Arsenal are trying to get him for a lower fee. But I don’t think City are going to budge much, they don’t need the money. The onus is on the clubs that want him.”

“I do think Arsenal are at the head of the queue, I speak to so many people that expect this to happen,” he added. “But there is interest from elsewhere.”

And Arsenal legend Charlie Nicholas told BonusCodeBets last month: “Whether Gabriel Jesus is the kind of player Arsenal need right now is entirely down to the individual opinion.

“I’m very mixed in the Gabriel Jesus debate. Under Pep Guardiola he wasn’t a favourite and didn’t always play, but if they get him at a decent price, I’d be amazed if he doesn’t score at least 20 goals in the league for Arsenal.

“That’s what Jesus likes to do. He likes to play around the edge of the box, with a lovely burst of pace, and that’s what Arsenal miss. It would be a very good signing if they could nail him down.”