Watch: Diego Costa is ready to bring chaos back to the Premier League 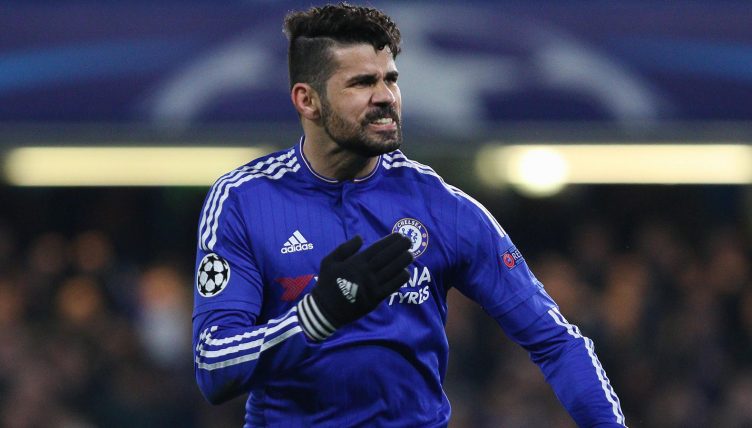 Wolves have completed the signing of Diego Costa and we can’t wait to see him back in the Premier League.

The former Chelsea forward spent three seasons in the Premier League and there was never a dull moment with him around.

In our latest YouTube video, we’ve checked out some of his most chaotic moments while he was at Chelsea.

From winding up opposition fans and players to diving into crunching tackles, Costa was box-office every single week.

We’ve seen other wind-up merchants in the Premier League in years gone by, but Costa also had the ability to back up his frantic behaviour.

During his first season with Chelsea, he scored 20 league goals and helped Jose Mourinho’s side to the title.

Mourinho seemed to know how to get the best out of Costa and the Portuguese manager was full of praise for him during the year they worked together.

“He is a fantastic player, technically he is very, very good,” Mourinho said.

“That’s why, lots of the players, they are so happy and so surprised, because his quality is even higher than what they expect.

“He is so strong physically and he gives so much effort during matches.

“When somebody sees him play, the first thing that gets into their eyes is exactly that, the capacity to work hard for the team, and to be so powerful and so strong physically.”

In each of his three seasons at Stamford Bridge, he finished the season as Chelsea’s top goalscorer.

During his final season with Chelsea, he scored 20 league goals and played a vital role in Antonio Conte’s side winning the league.

In total, Costa scored 59 goals for Chelsea across 120 appearances.

The Spanish forward was shown a total of 26 yellow cards in the Premier League and he committed 119 fouls across his three years.

Amazingly, he was never shown a red card in the Premier League as he always seemed to know just how far he could push his luck.

After leaving Chelsea he re-joined Atletico Madrid, where he would then spend his next three seasons.

Costa was mostly used as a bit-part player when he re-joined Atletico as he made an average of 13 starts a season in the league.

He did have his role to play in Europe though as Diego Simeone’s side went on to win the Europa League, beating Marseille 3-0 in the final, with Costa starting upfront with Antoine Griezmann.

After leaving Atletico, Costa spent one year back in his native country of Brazil with Atletico Mineiro.

Having only scored three goals this season, Wolves were in need of some more firepower – but Costa adds plenty more than just goals.