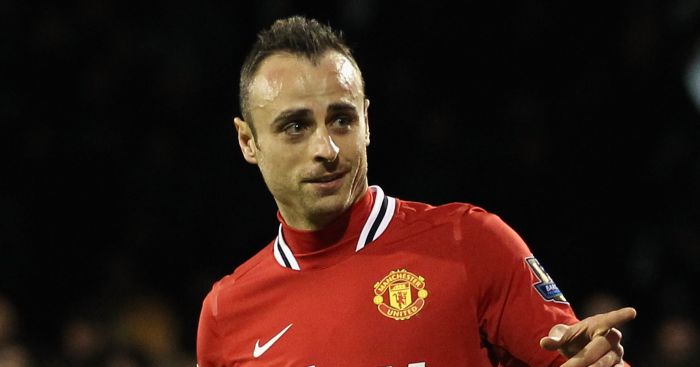 Dimitar Berbatov has made a fantastic trailer to advertise his upcoming charity match in Bulgaria – with a little help from his daughter.

The former Manchester United and Tottenham striker will take on a Luis Figo XI on June 14 with a load of his friends from the footballing world to raise money for their foundations.

Berbatov’s obsession with “The Godfather” trilogy is well known, with the Bulgarian having learned English by watching the movies in his youth.

And now he has teamed up with his seven-year-old daughter to produce a self-shot re-enactment of a scene from Francis Ford Coppola’s masterpiece.

The Bulgarian’s daughter gives an Oscar-worthy performance as she approaches “Don Dimitore” for tickets to the match in Sofia – and the 2010-11 Premier League Golden Boot award as Don Corleone’s cat is a hilarous touch.