Do students know famous 90s football TV shows? | Who Are Ya? 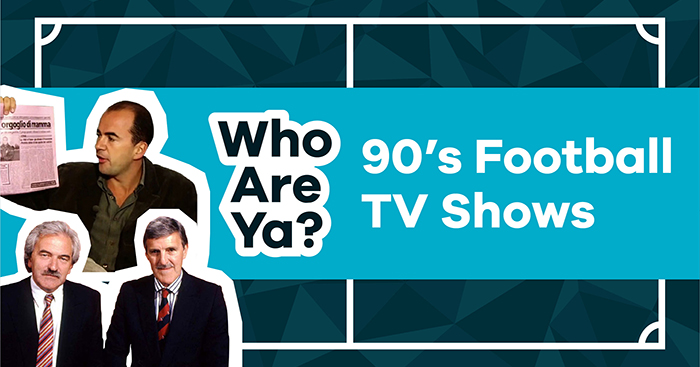 We have some fond memories of football TV shows from the 1990s – but how many of them are still known among young people today?

We find out in the latest episode of Who Are Ya? in which we show a group of university students photos from some famous TV shows aired in the 90s and see how many of them are recognisable to those who weren’t around to watch them at the time.

This follows episode one when we asked them to name some famous Premier League footballers from the 90s and then episode two when we tested the students’ knowledge on mascots from Major League Soccer.

Watch the latest episode below or on YouTube, then like, comment, subscribe, and set yourself a reminder for the next episode on August 1 when we’ll test the contestants’ knowledge of the Premier League’s first-ever shirt sponsors.

More Who Are Ya?