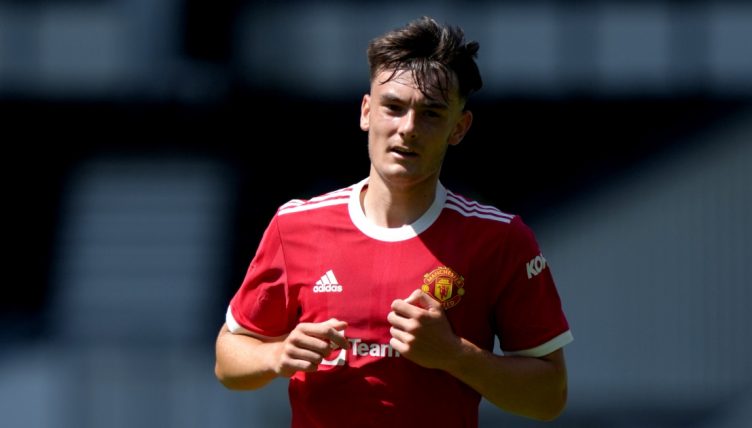 Levitt, who has made one appearance for United’s first team, spent 2020-21 at Charlton Athletic and Croatian side Istra 1961 before joining Dundee on a season-long loan deal.

The 21-year-old has enjoyed a productive loan spell in Scotland, establishing himself as one of the first names on Tam Courts’ team sheet.

During the 37th minute against Motherwell, he collected the ball from Marc McNulty and fired a shot which deflected off Jake Carroll and looped over the diving goalkeeper.

After scoring two goals in his first 22 appearances for Dundee, the Wales international now has three goals in his last five games.

The win puts United four points ahead of Motherwell in the race for the two Europa Conference League spots as they look to end their decade-long absence from continental football.

Levitt’s contract at Old Trafford is set to expire at the end of the current season but United do have the option to extend for a further year. The midfielder will now be hoping to impress Erik ten Hag in pre-season and stake his first-team claim.

“With the new manager going in at United, hopefully I’ll get a chance,” he recently told The Courier. “My contract is up in the summer and it hasn’t been spoken about. Hopefully, I will hear something in the next few weeks.

“I still keep in touch with boys at United frequently and they are excited about the new manager. When you hear a new manager is coming in, it gives a buzz about the place.

“I’d love to be able to go back and make an impact — it’s everyone’s dream to do that.”