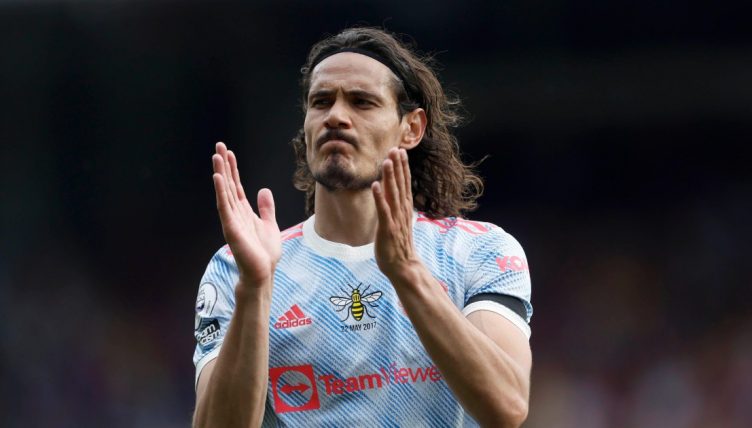 Edinson Cavani was seen sticking his middle finger up at a group of Manchester United fans who were abusing him after their 1-0 loss to Crystal Palace on the final day of the Premier League season.

Cavani is leaving the club on a free transfer, having joined from PSG on a free for the 2020-21 season and renewed for the following campaign.

It’s been a rollercoaster time for Cavani at United, who had a solid 2020-21 campaign but was regularly injured for his second season at the club. He also gave up the No.7 he was given in his first season for Cristiano Ronaldo, whose return also limited the available game time for the Uruguayan.

As he left Selhurst Park after his final appearance, he pointed out a group of fans in particular and pointed his middle finger at them several times out of annoyance with what they were saying. It marks a sorry end to the relationship between Cavani and the fans that had once been strong, with United fans having several chants for the striker.

“I would say it is exactly what this club represents, what Manchester United represents as an entity, as an organisation,” he said when explaining why he decided to stay for an extra season last year.

“That is down to the club itself, but also the people who work behind the scenes and within the club, obviously the supporters as well. As the days, weeks and months pass by, you do get to develop a huge affection for the club and I think, on a human level, it creates a bond with yourself, your team-mates and everybody who is part of the club, and you start to feel that.

“You notice that it is a real motivation and it gives you a desire to want to stay.”

Cavani is now heavily linked with a move to Spain.