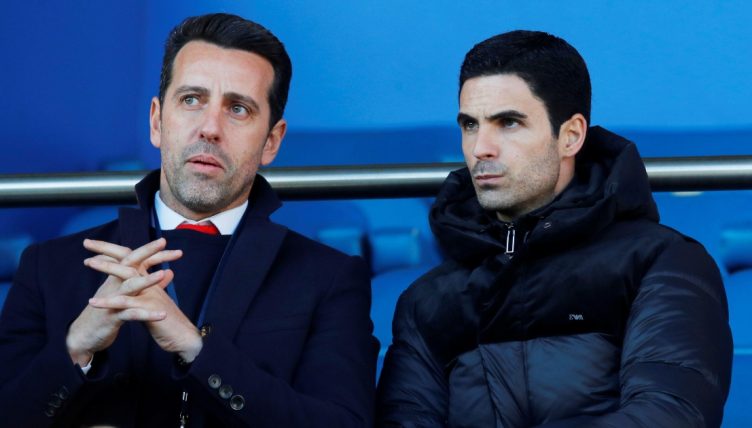 Arsenal technical director Edu has revealed how he managed to bring the likes of Gabriel Jesus and Oleksandr Zinchenko to the Emirates this summer.

Arsenal looked set to finish in the top four last season but ultimately missed out and will have to settle for Europa League football in 2022-23.

They then had a difficult start to the transfer window as Leeds rejected their bid for Raphinha, who joined Barcelona in a £55million deal.

“People think we went in too deep about Raphinha, because Raphinha was everywhere,” Edu said in an interview with Sky Sports.

“It’s fair we did have some conversations with Deco because Deco is his agent and I have a good relationship [with him] – we are friends.

“I just said to Deco, ‘Can you explain to me the situation with Raphinha?’ and he was clear, ‘Edu, we have a good relationship but I’m not going to lie to you, his idea is to go to Barcelona because he’s dreaming to go to Barcelona, and we’ve been talking to Barcelona since a long time ago’.

“Okay, thank you very much, if something happens then just let me know because I can explore and understand the situation. If not, no problem and we carry on with our relationship.”

While a move for Raphinha ultimately failed to materialise, the Gunners have still enjoyed a productive transfer window

Edu revealed that Arsenal’s lack of Champions League football in 2022-23 has not been a major issue when talking to players.

“Yes, almost 100 per cent of them,” Edu added when asked if he’d got Mikel Arteta’s top targets.

“I understand sometimes players want to play Champions League football, but I think we can offer something very special for the players as well.

“It’s not only Champions League, but you can be part of a group of players which can achieve something very special for this football club. And then I always ask them if they want to be part of the project.”

🗣 “There’s still things to do. The transfer window is open.”

Edu Gaspar on the summer transfer window for Arsenal.💰