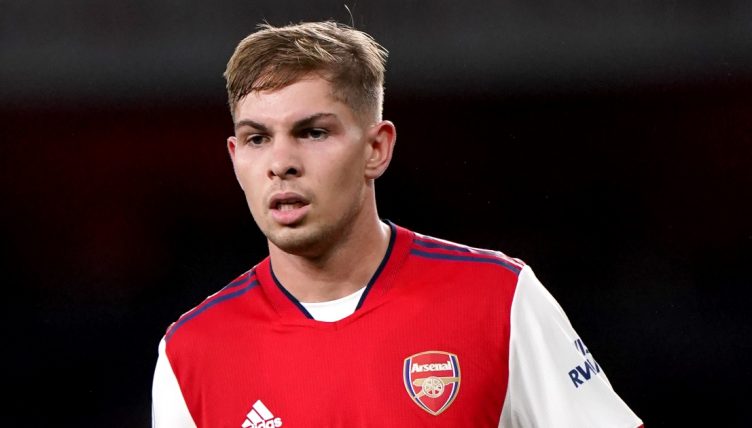 Arsenal continued their fine run of form on Boxing Day with a 5-0 demolition of Norwich City – and Emile Smith Rowe caught our eye during his second-half cameo.

Mikel Arteta’s side travelled to Carrow Road knowing that victory would cement their position in the Champions League qualifying slots.

And Arsenal showed no Christmas charity to their hosts, racing into a 2-0 lead at half-time thanks to goals from Bukayo Saka and Kieran Tierney.

Saka added another to his tally to take the game out of Norwich’s reach before Smith Rowe was introduced as an 82nd-minute substitute.

It didn’t take the England international long to make an impression. Picking up the ball in the opposition half, Smith Rowe dissected the Norwich defence with a sumptuous no-look pass into the path of Alexandre Lacazette.

After being bundled over by Ozan Kabak, Lacazette picked himself up and slotted home the penalty. There was enough time for Smith Rowe to add his own name to the scoresheet for the second league match running and complete a resounding victory for Arsenal.

“I’m very happy,” Arteta said after the game. “It is not easy to win away from home in this league, the way we performed and how dominant we were, it was really impressive.

“I think in general, collectively and individually, we had some big performances and you don’t win 5-0 away from home if you don’t do that so I am happy with all the boys.”