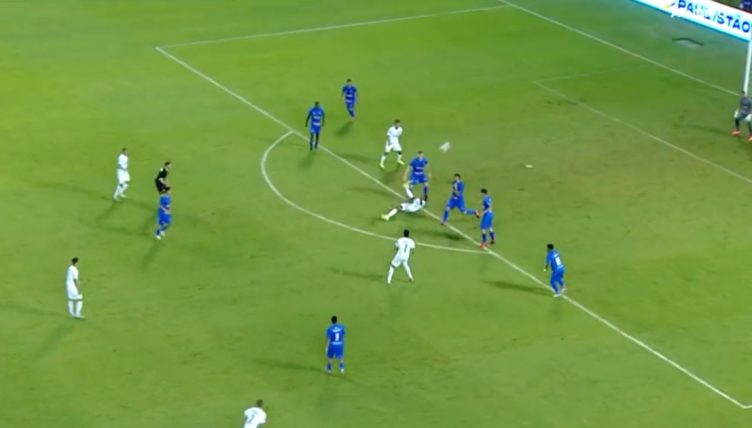 There’s a new Brazilian wonderkid set to dominate the gossip columns and he’s just 15 years old. His name is Endrick and if this goal is anything to go by he’s the absolute business.

We expect you’ll be hearing a lot more about Endrick in the coming months, not least because he’s been linked to the likes of Real Madrid, Barcelona, Liverpool and Manchester United.

It was only 10 days ago that the teenage prodigy scored a wondergoal to invite the eyes of the world on him, with declarations that he’s “the new Vinicius Junior”.

Following in the footsteps of some legendary Brazilian players in using the Copa Sao Paulo de Futebol Junior youth tournament to generate interest from around the world, Endrick has since proven it was no fluke.

Liverpool, Manchester United and Real Madrid have all been linked with interest and recent reports have suggested that Barcelona are willing to pay £45million to sign the wonderkid. It’s no wonder given his Rivaldo-esque overhead kick from the edge of the box.

Setting himself inside the D to catch the dipping ball, he makes the perfect connection with the ball, sending it thundering right into the top corner.

Those that have coached him will not be surprised to see him shining at senior level, given he’s already scored 167 goals in 171 games across his youth team games at Palmeiras.

What a prospect he looks.