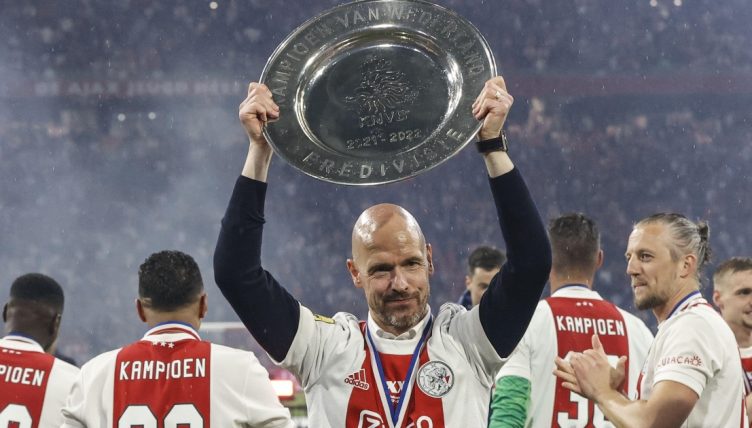 While Ajax did lose 2-1 to PSV Eindhoven in the 2022 KNVB Cup final, they were still able to retain the Eredivisie title.

During the celebrations at the Johan Cruijff ArenA, Ten Hag was thrown into the air by his Ajax players and also did some dad-dancing.

“Yeah, at some point [you feel emotional],” he said after the game. “You get a certain feeling. And it’s double, because I’m leaving. And that this was the last time.

“And that is difficult because I’ve worked with so many great people. Especially the players. We’ve done so many great things together. But there is a time to leave.

“I definitely feel it [the gratitude of everyone at the club] and I am very proud of what we did here together. Because Ajax is Europe proof again. Ajax plays for the titles. There is a very strong foundation to build further upon.”

The 52-year-old has just one last Ajax match to navigate, an away trip to Vitesse, before he can turn his attention to his new life at United.

United fans are now hoping that Ten Hag will be dancing on the Old Trafford pitch at the end of the 2022-23 season.