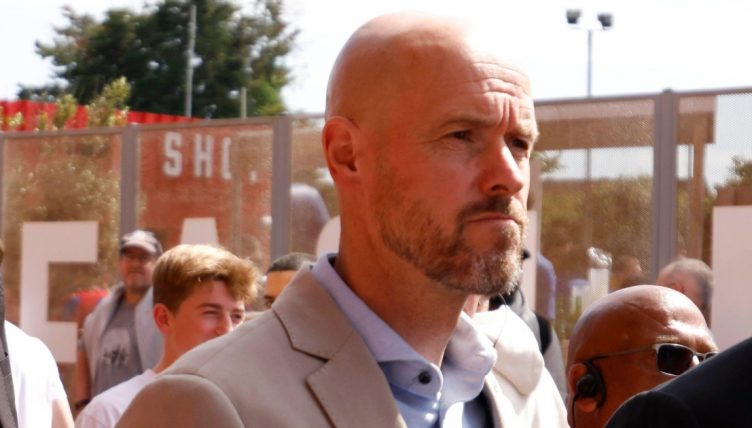 When Ten Hag was leaving Selhurst Park, journalist Gary Cotterill tried to talk to him. However, Ten Hag ignored the reporter, despite the fact he continuously tried to get a response from the Dutch manager.

Ten Hag’s security blocked the journalist from getting closer to Ten Hag, and Cotterill was not happy with their actions.

“Don’t push me, you’re on television,” Cotterill said, as Ten Hag ignored him and got in his car.

“It doesn’t look good being manhandled by security Erik, Manchester United are a big club!”

This is the second time Ten Hag has ignored a tenacious Cotterill. The journalist tried to speak to the Dutchman in the Netherlands shortly after it was confirmed he would take over at Old Trafford.

On that occasion, Ten Hag was taking pictures from his car with a fan when Cotterill burst in and tried to ask questions. That caused the Dutchman to drive off.

“It is a great honour to be appointed manager of Manchester United and I am hugely excited by the challenge ahead,” Ten Hag said after being appointed.

The Dutch manager spent five years at Ajax, in which he restored them to the top of the Dutch game by winning three of the available four titles, along with two Dutch cups. He also reached a Champions League semi-final with the club in the 2018-19 season. They only narrowly lost to Tottenham in the final minute.

"Don't push me, you're on television. It doesn't look good being handled by security, Manchester United are a big club Erik!"

Erik Ten Hag and his security guy not impressed with Gary Cotterill welcoming him to the Premier League #mufc pic.twitter.com/3g1fW7x1xV