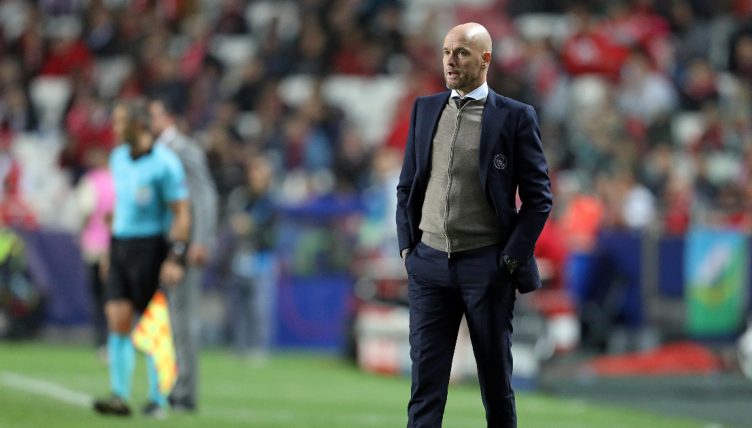 Manchester United reportedly have their sights set on Ajax boss Erik ten Hag as their next permanent manager, who would join the club at the end of the season to replace interim coach Ralf Rangnick.

According to ESPN, United are no longer pursuing Mauricio Pochettino are set to finalise the appointment of Ten Hag as the club’s next manager.

But journalist David Ornstein, speaking on NBC Sports News, stated that whilst the process to hire Ten Hag started in January, any deal is still a long way from completion.

“No deal is done…He has a number of demands he wants satisfied around power, control, style of play, recruitment, budgets, areas of communication, being able to get rid of and bring in players.”

“Unless all of that is satisfied, Erik Ten Hag is not going to take this job, and he has other options as well. Ajax are keen for him to stay.”

Manchester United are having a poor season, which saw former striker Ole Gunnar Solskjaer lose his job as manager in November 2021, and interim Rangnick not enjoying much success either.

Ten Hag has been at Ajax since 2017, in which time he has won two Eredivisie titles, and reached a Champions League semi-final whilst playing devastating attacking football.

The manager moved a step closer to a third Eredivisie title with a 2-1 win over Sparta Rotterdam on Saturday, but he continued to receive questions about his future.

“We are busy with training and with the matches,” Ten Hag told ESPN. “That way you keep the focus on it. I want to talk about the game and not about other things and whether or not I’ve had conversations. I won’t comment on rumours.”