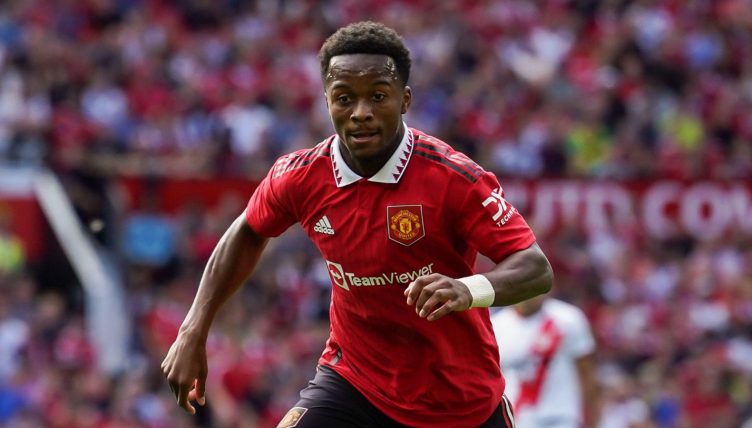 Laird, who has been with United’s academy since the age of 10, made his senior debut in the Europa League in 2019 but has since made just one more appearance for the club.

He got his first taste of regular first-team football during a loan spell with League One side MK Dons in the second half of the 2020-21 season.

The right-back won plenty of plaudits during his time at Swansea City in the first-half of 2021-22 and registered four assists in 21 appearances.

United decided to recall Laird in January before sending him to Bournemouth, where he made just six Championship appearances.

He then returned to Old Trafford and was part of Erik ten Hag’s pre-season squad, featuring in friendlies against Melbourne Victory, Crystal Palace and Rayo Vallecano.

Ten Hag was reportedly happy with his potential and attitude but felt that he needed another loan spell. The 21-year-old had provisionally agreed to join Watford but talks subsequently cooled off after the Hornets signed Mario Gaspar.

QPR and Preston then expressed ther interest in the defender, with the former winning the race for his signature on a season-long loan.

“Sometimes you don’t want to come out of your comfort zone but you only become your best self when you do,” he told QPR’s official website.

“You only find out what you are really like when you play football. Coming up against 6’5 players, coming up against beasts, you find ways to adapt and I feel like I have adapted well wherever I have gone and I am ready to kick on now.”

QPR manager Michael Beale added: “I like the fullbacks to be an addition to our attack, and he provides that.

“He is very aggressive in terms of one-v-one attacking and he is capable of providing assists as well as goals. He is a young player who will fit in well to our changing room. We are delighted to have him.”

Laird showed Watford what they’re missing out on during QPR’s recent trip to Vicarage Road, setting up Chris Willock’s goal in a 3-2 win.

The full-back the made his fourth apperance for QPR in the home game against Hull City and scored their second goal of the game in the 15th minute.

After the ball was crossed in from the left, Laird found his way into the penalty area and his first time finish found the corner of the net.