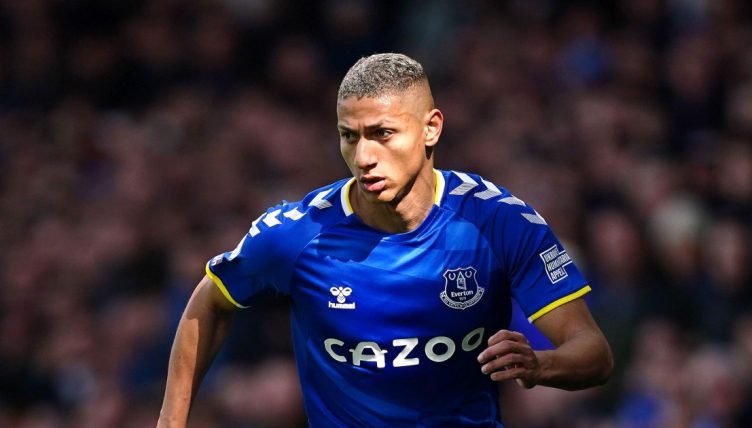 Richarlison produced a brilliant bit of showboating that embarrassed Manchester United as his relegation-threatened Everton beat the Red Devils 1-0 in their Premier League lunch-time kick-off.

The defeat at Goodison all but ended any hope of Manchester United making the Champions League next season, while strengthening Everton’s position just above the relegation zone.

It was a brilliant moment from Richarlison, who had a good game leading the line for the Toffies.

The ball bounced up in front of him and onto his head out wide. Seeing an opportunity to pull off the spectacular, Richarlison proceeded to dribble the ball with his head past the Manchester United players who were unable to get near him.

He was able to head it down to the ground and bring it under the control of his feet, dribbling further towards the goal line. When there, he was able to fire the ball off of a Manchester United player and out for an Everton corner.

It was a spectacular moment in a huge win for Everton, who now sit on 28 points in 17th place. That sees them four clear of Burnley, who will play their game in hand against Norwich on Sunday but are now unable to jump over the Toffies in the table.

United meanwhile are cut adrift from Spurs and Arsenal in the race for top four.

“It is a disgrace from us, we should be winning this game,” Goalkeeper David De Gea said at full-time.

“We don’t score but we don’t create proper chances to score. We are not good enough, that is for sure. It will be difficult to be in the top four.”

Ralf Ragnick was also scathing of his side.

“I don’t know what to say, to be honest. We’re not good enough, that’s for sure. It’s going to be very difficult now to be in the top four.”