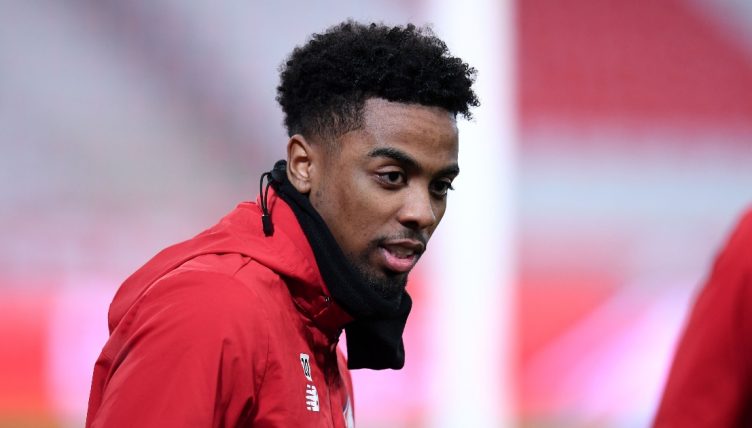 Former Manchester United youngster Angel Gomes was left stunned by Lionel Messi’s request for his shirt in return after PSG’s 5-1 victory over Lille on Sunday evening.

The England Under-21 international is currently plying his trade in France, having departed boyhood club United in search of more regular senior minutes back in the summer of 2020.

Gomes reportedly rejected a number of contract renewal offers at Old Trafford, having made just 10 appearances for the club after his first-team debut – replacing Wayne Rooney as a late substitute – in a 2-0 victory over Crystal Palace back in May 2017.

After moving abroad, the 21-year-old got his wish, featuring regularly for Portuguese Primeira Liga outfit Boavista last term, while his parent club Lille won the Ligue 1 title against all odds.

Now back in France and turning out for the reigning French champions, Gomes caught the eye by scoring and assisting in a 3-1 victory over Wolfsburg in the Champions League back in December.

It now appears that PSG will be reclaiming their Ligue 1 title at a canter; Sunday’s emphatic victory at the Stade Pierre-Mauroy saw Mauricio Pochettino’s men move 13 points clear at the top of the table and a massive 24 points ahead of Lille, faltering in midtable.

After the match – in which Messi scored his first goal of 2022 and put in a performance that should make Real Madrid very worried indeed – Gomes sought out the Argentinan, asking for his shirt.

It’s quite heartwarming to see just how surprised the young Englishman is to see Messi – one of the best players in the world since Gomes was a child – ask for his shirt in return.