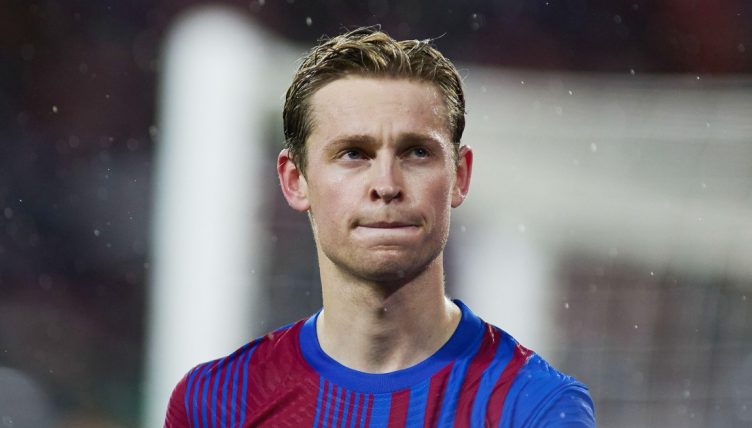 Manchester United look sure to be busy in the coming weeks of the transfer window and Fabrizio Romano has posted a new video in which he’s outlined all the latest developments on four key players of interest – Frenkie de Jong, Cristiano Ronaldo, Antony Martial and Marcus Rashford.

It’s been an encouraging summer at United, with some positive pre-season performances under Erik ten Hag, particularly a 4-0 win over Liverpool. However, their 100% winning record under the new boss ended on Saturday as they conceded a last-minute equaliser in a 2-2 draw with Aston Villa.

While they’re being linked with all kinds of players, Ten Hag’s Red Devils haven’t been quite as quick to act as some of their Premier League rivals.

Lisandro Martinez and Tyrell Malacia have been signed from Ajax and Feyenoord respectively, which should bolster their backline options, while Christian Eriksen has signed a three-year contract after arriving on a three-year deal.

But Arsenal and Tottenham, who will surely be looking to challenge United for a top-four placing in the upcoming 2022-23 campaign, have each spent over £100million on new additions, while Chelsea have signed Raheem Sterling and Kalidou Koulibaly and are actively pursuing further targets.

Meanwhile, the transfer saga of Barcelona midfielder Frenkie de Jong continues to drag along and Cristiano Ronaldo’s future remains up in the air amid reports that he wants to leave Old Trafford.

So what’s the latest?

“An important exit strategy by Jorge Mendes. The manager of Cristiano Ronaldo, his agent has decided to push again with many clubs around Europe in the coming weeks. At the moment, Man United are on their position, they want Cristiano to stay.

“They are waiting to understand if they will be able to change Frenkie de Jong’s mind or not, this is a really important point because – let me clarify – there is an agreement, still valid, between Man United and Barcelona,” Romano added.

“€75million plus €10million in add-ons for De Jong. Everything is sorted between clubs, but Frenkie still has the same position – no intention to leave Barcelona.”

Watch the full video below for all of Romano’s full details on Ronaldo, De Jong, plus Martial and Rashford.

The 6 players Erik ten Hag has signed more than once: Martinez, Haller…