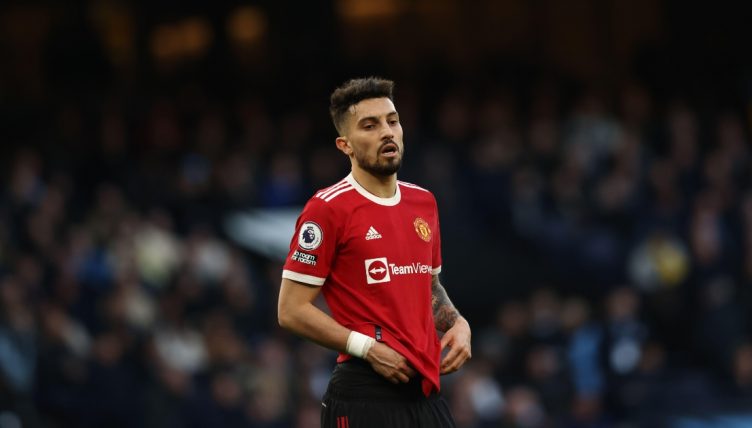 It’s been a busy summer of incomings and outgoings at Manchester United and Fabrizio Romano has news of three further players that could leave Old Trafford in the coming days.

Tyrell Malacia, Christian Eriksen and Lisandro Martinez are the only incomings so far this summer but numerous players, such as Frenkie de Jong, continue to be linked with a move to Old Trafford.

It’s been a window of significant churn for United, who are looking to recover from their disappointing 2021-22 campaign, and new manager Erik ten Hag is prepared to allow a further trio of players to depart in the near future.

“It’s a work in progress for Eric Bailly with Roma interested, but also Fulham and another club keeping tabs on Bailly so he could be the next one to leave Manchester United.

“Also for Ethan Laird, the right-back, there is the chance to go on loan to Watford. The two clubs are in contact to complete this loan move with no buy option included.

“And then Alex Telles, it’s a done deal with Sevilla. The player is in Seville tonight while I’m speaking. There is an agreement on a loan move, Sevilla will pay €2million as part of his salary.

“Telles will undergo medical tests on Thursday morning and will become Sevilla’s new left-back. Loan move, no buy option and everything done. Here we go!”

All three defenders would have been on the fringes of the United starting XI this season; Telles joined United in a £15.4 million deal from Porto in 2020 but has been unable to secure a regular starting role in the team ahead of Luke Shaw and has been used sparingly in pre-season.

While Bailly has put in some impressive performances during Ten Hag’s first matches, his injury record and inconsistencies over a six-year spell at Old Trafford have made him dispensable to the new boss.

And Laird is certainly no stranger to loan spells in the Championship; the 20-year-old spent time at both Swansea and Bournemouth last season and looks set for another temporary spell in the second tier of English football.