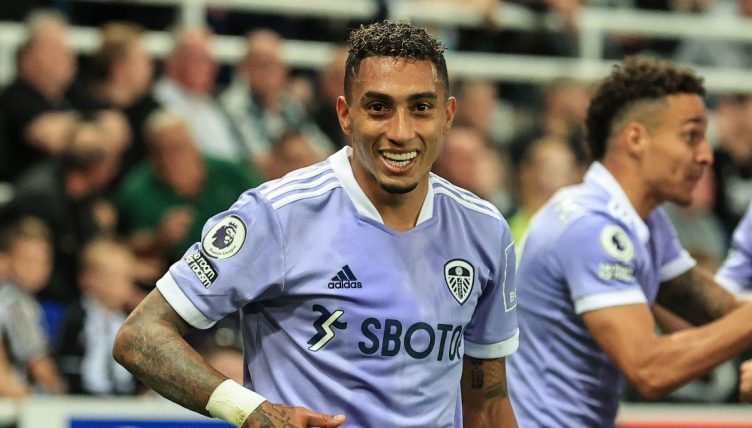 Fabrizio Romano has given us the latest on Barcelona’s late attempt to hijack Chelsea’s deal to sign Leeds United forward Raphinha.

At this point it’s almost certain that Brazil international Raphinha will leave Elland Road this summer, having been Leeds’ best and most important player as they narrowly avoided relegation last term.

The 25-year-old was closely being tracked by Liverpool, who have since moved on to other targets, while this summer there is major interest from Arsenal, Tottenham, Chelsea and Barcelona.

Last week, Arsenal had a bid rejected, and at this point Chelsea are expected to sign Raphinha after agreeing on a £65million deal with Leeds. Raphinha still has to agree personal terms, however.

It’s believed that Barcelona is Raphinha’s preferred destination, and the La Liga giants are said to be working on putting together a package that would gazump Chelsea for the Brazil international.

Barcelona have well-publicised financial issues, but earlier this week received a major cash injection of £178million by selling a 10% share of the club’s LaLiga TV rights to Sixth Street.

“Chelsea and Leeds reached an agreement, a full agreement between the two club presidents Todd Boehly and Andrea Radrizzani,” Romano explained in an earlier YouTube update.

“Deco was in Barcelona on Wednesday morning to meet with Joan Laporta, the president of Barcelona,” he continued.

“He has a special relationship with Laporta, and so, Barcelona have an agreement with Raphinha on personal terms since the end of February.”

Romano has since explained that Barcelona have made an official bid for Raphinha, which was sent late on Tuesday evening, but they’ve been unable to match Chelsea’s offer in the region of £60-65million. Leeds have turned down the bid.

“Leeds decided to turn it down. They are not happy with their proposal. They are not accepting the conditions. They want way more than Barcelona are offering.

“Let me clarify, guys; it’s not just about the amount that Barcelona are offering. But it’s also the payment terms. Barcelona and Chelsea made different kind of proposals. I’m told that Chelsea offered £60million – add-ons included – but paid in a really short time.

“Chelsea are prepared to pay, immediately, the main part of the negotiation of the fee.”