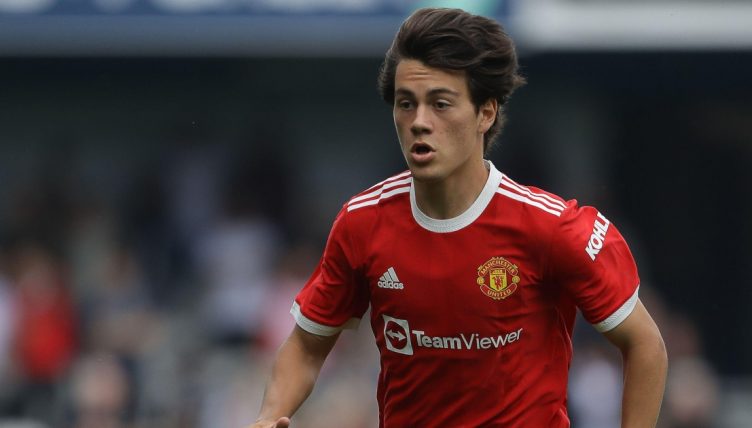 Manchester United forgotten man Facundo Pellistri provided a reminder of his talents with a superb assist for Edinson Cavani during Uruguay’s win over Mexico on Thursday.

Pellistri is yet to make his competitive debut for United after joining the club from Penarol in October 2020 for a reported €10 million fee.

However, the talented 20-year-old has already scored for the Red Devils, netting in a 2-1 pre-season friendly win over Derby County last July.

Pellistri has since spent the season on loan with La Liga outfit Alaves but was unable to prevent the team from suffering relegation from Spain’s top flight.

But the midfielder has often shone on the international stage and provided another jaw-dropping moment during Uruguay’s 3-0 victory this week.

Displaying his skill, pace and strength, Pellistri burst down the right-wing before teeing up former United striker Cavani to score.

It was a moment that would have told Ten Hag that Pellistri should not be forgotten about this summer, despite his struggles in La Liga.

If anything, his continued involvement with the Uruguay squad shows that there is a richly-talented player for the new United boss to work with.

And there should be plenty of opportunities for young talent to make their mark at Old Trafford this summer.

Players such as Paul Pogba, Jesse Lingard, Nemanja Matic, Juan Mata and Cavani have already confirmed their departures with the likes of Eric Bailly, Axel Tunazebe and Aaron Wan-Bissaka expected to follow.

So Pellistri could not have picked a better time to remind United of his evident ability.

Uruguay will face the UMSNT in Texas and the 20-year-old will be hoping to cement his place in the country’s World Cup plans later this year.