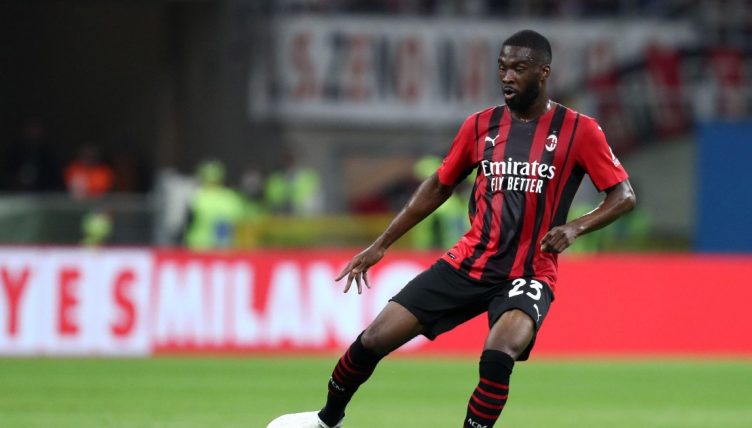 AC Milan and England defender Fikayo Tomori – who moved to Italy from Chelsea in 2021 – produced an outrageous bit of skill within his own box as his side beat Genoa to return to the top of Italy’s Serie A.

Tomori has had a fantastic debut season as a permanent Milan player, having signed from Chelsea after a successful loan period in the second half of the 2020-21 campaign.

During the match, the English centre-back came under pressure when a Genoa defender sprinted to close him down in the AC Milan box.

But Tomori was calm and composed, shifting the ball from one foot to the other quickly to totally outwit the Genoa attacker, who flew past him. Tomori then casually played the ball out wide and allowed AC Milan to build from the back.

So impressive was the move that behind him one of his team-mates stopped to applaud the skill.

Tomori has been in good form ever since moving to San Siro, but has had few chances in the England national team and has only earned two caps, one in 2019 and one in 2021. There have been calls for Gareth Southgate to include him in more squads, especially with the World Cup at the end of the year.

Regardless, Tomori has been loving life in North Italy.

“I always saw myself one day living in another country whether that was for football or just in life. I always wanted to learn a new language,” he told The Guardian.

“In Italy it’s more like American football. It’s like you have ‘plays’. When the ball’s here, I need to be here. When the ball goes, I know I have to be two metres over in that direction, or be looking for this particular player.”