Football in Palestine: Fixing what politics has destroyed 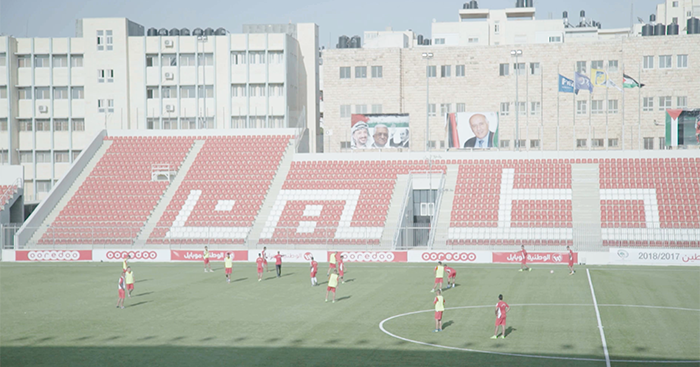 “Whatever politics has destroyed, football can fix.”

Football in Palestine is, in so many ways, no different to football anywhere else. From the lads in the local bar arguing about their team being better than your team, to schoolkids still in their uniform organising a kickabout on any patch of grass they can find, there are some traditions that travel far and wide.

However, in Palestine, that after-school kickabout might take place next to the Temple Mount. And that heated debate could just as easily be in the clubhouse of the many professional teams based in refugee camps. Some things may be the same, but others are very, very different.

Unfortunately, there are even harsher realities, too, from travel restrictions preventing players representing the national team abroad to players being shot at military checkpoints or arrested and tortured on the way to training.

Things become even more complicated when you consider organised football at a larger scale. The national team wasn’t recognised by FIFA until 1998, and rather than one top division, there is a West Bank Premier League and a Gaza Strip League.

There are separate cup competitions, too, and that is what makes the Palestine Cup so important: a two-legged game between the winners of the West Bank Cup and Gaza Cup. And it was this game that convinced Asif Khapedi to head to Palestine to film this fascinating documentary for COPA90.

In it, the managers from both teams involved in the final, Hilal Al Quds and Shabab Khan Yunis, explain how they see each other as brothers, while players from Gaza who would normally find it next to impossible to leave due to the siege talk about the hours of interrogation they face just to see this game.

In this challenging environment, the Palestine Cup represents unity and resistance. And with the national team’s world ranking improving and a second consecutive Asia Cup looming next year, maybe even a sign of things to come.

Watch the documentary below.