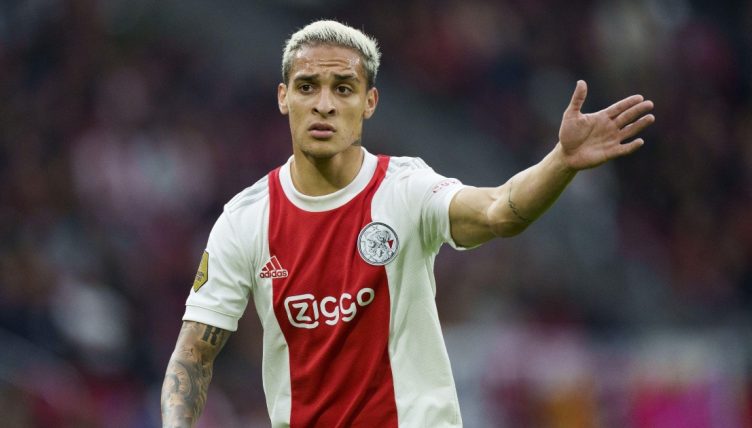 Manchester United are yet to spend any money this summer – but Erik ten Hag is reportedly on course to sign two of his former Ajax stars.

Ten Hag has prioritised the signing of a central midfielder and wants to bring in Frenkie de Jong, who helped him win the Eredivisie and reach the Champions League semi-finals in 2018-19.

The Netherlands international has spent the last three seasons at Barcelona and the Spanish giants have rejected United’s opening bid of €70million.

United are also looking to bolster their attacking options ahead of the 2022-23 season and have been linked with Ajax winger Antony.

The Brazil international was signed by Ten Hag in 2020 and has registered 22 goals and 20 assists in 79 appearances over the last two seasons.

While there have been no official announcements, talkSPORT reporter Alex Crook had some good news for United fans regarding the two potential deals.

“I think United are definitely in for Antony,” Crook said on Sunday afternoon. “His numbers for much of the season were decent, I think he missed the end of the campaign injured but he’s obviously someone that Erik ten Hag knows well.

“There’s been talk of a £40million bid going in for him, certainly my sources at United haven’t distanced themselves from those rumours so I think Antony is a target.

“In fact, I’ve had a text from somebody else saying if he doesn’t become a Manchester United player this summer I would be surprised.

“I think at the moment him and Frenkie de Jong look like two definite arrivals at Manchester United and are two players that Ten Hag clearly trusts and believes he can get the best out of.”

You can watch the full clips below.

🇧🇷 “I think #MUFC are definitely in for Antony, you said he’s a good player.”

📱 “I’ve had a text from someone saying they’ll be surprised if he doesn’t become a United player this summer.”

✅ “Frenkie de Jong is slowly moving towards a positive conclusion.”

🤝 “There’s a confidence, almost an expectation at Old Trafford, that he’ll link up with Erik ten Hag again.”