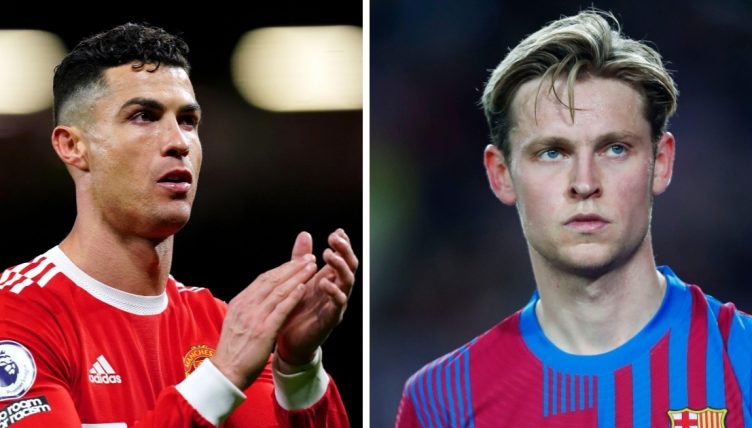 The transfer sagas of Frenkie de Jong and Cristiano Ronaldo continue to rumble on throughout the summer. Fabrizio Romano has given a new update regarding where Manchester United currently stand with both players.

It remains to be seen where the two players will be playing their football next season.

United have had a bid accepted by Barcelona for De Jong, but the Netherlands international is reportedly reluctant to leave the La Liga giants for Erik ten Hag’s project at Old Trafford.

Meanwhile, there could soon be movement with Ronaldo.

The 37-year-old striker is back in Manchester and is set to discuss his future with Ten Hag today, having missed the club’s recent pre-season tour of Asia and Australia due to personal reasons.

“Cristiano Ronaldo is back in Manchester,” began Romano.

“The news was reported in The Athletic by my friend David Ornstein a few hours ago on Monday night and it’s confirmed because Cristiano Ronaldo is back in Manchester to decide on his future together with Manchester United after spending one month out of the pitch, not together with the team, because of personal reasons.

“Let me mention one thing: Erik ten Hag, the Manchester United manager, in all the interviews in the last few weeks he’s said ‘I want to speak with Cristiano, Cristiano is not for sale, he’s perfect for Manchester United, I want Cristiano to be part of the team’.

“So the message is really clear, and now, for Erik ten Hag, it’s time to have a new conversation with Cristiano Ronaldo.

“Because the first one was [at] end of May, before this issue, a very positive conversation with Erik ten Hag.

“Ronaldo has always confirmed to people next to him that he considers Ten Hag a very good manager, the right man for Manchester United, and that his problem is not with the manager, but with the team, how Manchester United have been building the squad and how it’s complicated to fight with Manchester City, Liverpool and other clubs to win important titles.”

Romano went on to explain what Jorge Mendes, Ronaldo’s agent, is up to with regard to discussions with potential suitors and solutions, including Bayern Munich, Atletico Madrid and Chelsea.

In another recent video, Romano also gave the lowdown on United’s pursuit of Red Bull Salzburg striker Benjamin Sesko, who has been dubbed ‘the new Erling Haaland’ and could potentially be a candidate to replace Ronaldo in Ten Hag’s squad.

But what about De Jong?

“The situation is still the same,” Romano said.

Here’s all the latest on Ronaldo and De Jong from the transfer specialist:

Where are they now? Every Man United Academy Player of the Year since 2000